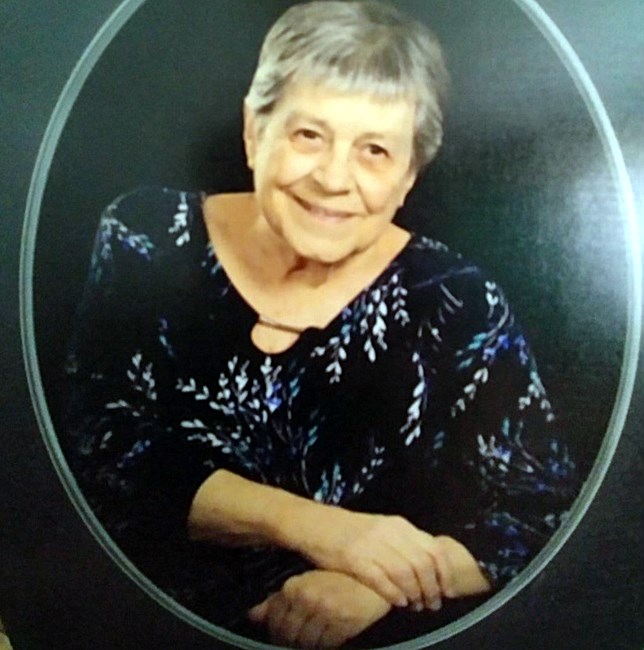 Patricia Mae Arndt, age 87 of Grand Rapids, passed away surrounded by her family, on September 17, 2022. She was born on November 23, 1934 in Grand Rapids to William and Beatrice (Marsh) Short Sr. On July 6th, 1957, Patricia and Donald Arndt were married at St. James Lutheran Church. They spent 44 years together raising their family, welcoming their grandchildren, and traveling together until his passing in 2002. Patricia took care of her family as a homemaker. When her children grew into more independent teenagers, Patricia decided to venture out on her own too. She worked for a few years at Jacobson’s Department Store in East Grand Rapids. Around the same time that her daughter, Dianna, was getting her driver’s license, Patricia was also getting her driver’s license for the first time. Though, not being able to drive didn’t stop her from getting around; she would load up the kids on the city bus to go shopping, see the Christmas parade and sit on Santa’s lap. A life-long member of St. James Lutheran Church, Patricia belonged to the Dorcas Society, helping out with the luncheons. Even in her later years when she was homebound, her fellow members would visit her to keep her company. Patricia was a big fan of the Golden Girls and I Love Lucy and was often watching her favorite shows. She loved to crochet for her family and her blankets are still keeping her children, grandchildren, and great-grandchildren warm. Above all, Patricia loved her family. She was a caring mom, grandma, and Gigi. She will be missed by all who knew her. Surviving are Patricia’s children Dianna (David) Rhodes, Donna (Joseph) Cardinel, Robert Arndt, and Roger Arndt; grandchildren David Rhodes Jr., Stephen (Eden) Rhodes, Courtney (Shawn) Roberts, Robert Arndt Jr., Grant Cardinel, Zachary (Haley) Rhodes, and Nicole Arndt; great-grandchildren Bryce, Atreyu, Rocklyn, Mellery, Brynlee, Caden; brother-in-law Norman (Marie) Arndt; as well as many nieces and nephews. Besides Patricia’s husband Don, she was preceded in death by her grandson Christopher Arndt; brothers William (Mildred) Short and Donald (Florence); parents William and Beatrice; as well several nieces and nephews. Visitation will take place on Wednesday, September 21 from 4:00 to 7:00 p.m. at Reyers North Valley Chapel. A funeral service will take place at St. James Lutheran Church on Thursday, September 22 at 11:00 a.m. with one hour prior of visiting. Patricia will be laid to rest next to her husband at Fairplains Cemetery. Memorial donations in Patricia’s name may be sent to Spectrum Hospice or St. James Lutheran Dorcas Society.
See more See Less

In Memory Of Patricia Mae Arndt