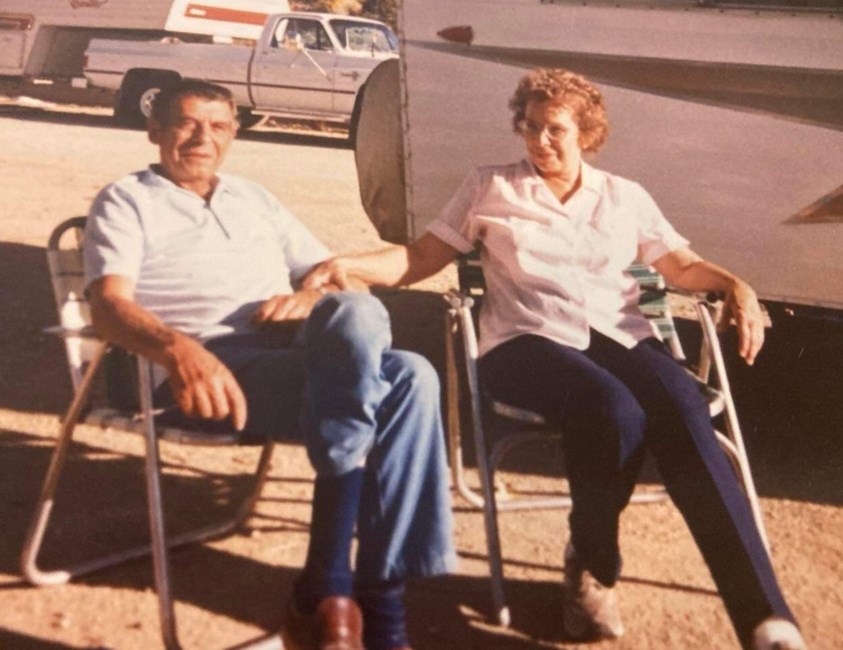 Opal Leona (Berry) Hayes, of Murphy OR, passed away on May 11, 2022, at home surrounded by her loved ones. Opal was born on June 25, 1924, in Hot Springs, AR. She was apparently a very small baby and it was not certain she would live – but she did. Her family moved from California to Oregon in the early 1940s where she met Lewis Hayes of Murphy. They both attended Grants Pass Hight School, where she graduated in 1942. They were happily married for 44 years. She is survived by two sons Bill (Valerie) Hayes and Terry (Susan) Hayes. She has 4 grandchildren and 6 great-grandchildren. Opal is preceded in death by her parents, husband ,all her siblings, and a baby daughter. Opal was a homemaker, worked occasionally outside the home, served on the local election board and was a faithful secretary of the Murphy Electric Irrigation Company for many years. She and Lewis attended the Murphy Chapel nearly all their lives. She was very proud of her family and had a strong trust in Jesus. She is greatly loved and greatly missed by her family. A graveside service will be held at Sparlin Cemetery near Williams on Friday, May 20 at 2PM.
See more See Less

In Memory Of Opal Leona Hayes