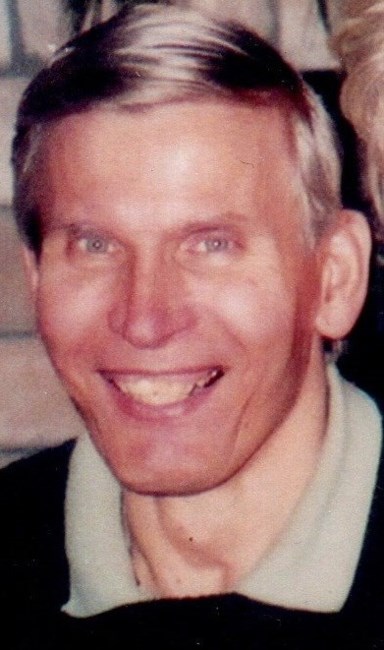 Richard Eugene Croatt December 11, 1950 - July 30, 2022 Dick was born December 11, 1950 to Rosalyn and Raymond Croatt. Dick grew up on a farm southwest of Madison, MN until he was 13 years old. He truly enjoyed that life, even the chores with his dad. The family moved into the town of Madison, MN shortly after his father's death in 1964. He was able to spend a lot of time with cousins Mike and Bill Croatt on their dad Uncle Ed Croatt's farm. Dick was so thankful for the welcome mat they provided for him. He attended Madison High School, where he excelled in and enjoyed football, baseball, and gymnastics on the high bar. He performed his high bar routine at halftime many times for entertainment during basketball games. After graduating with the Class of 1968, he attended Willmar Minnesota Vo-Tech School for one year of welding. He went to work for Vickerman Steel Erection of Long Lake, MN, and became a member of the International Brotherhood of Teamsters Union Local #358. He was drafted into the United States Army on February 10, 1970 and served as a Sergeant E-5, Military Police Officer, at Fort Sheridan, Illinois. He married the love of his life, Violet Konieczny, on June 24,1972. They welcomed two sons, Eric and Benjamin, whom he loved dearly. Dick enjoyed golfing with his dear friend Russell and many more friends every weekend he could. He also enjoyed fishing. While he was "working the iron" on February 7, 1978, he had an accident at work that left him a quadriplegic. At the time of his passing, he had been in his chair for 44 years. His life was so blessed by two very helpful sons, friends, neighbors, and family. He became a born-again Christian and devoted his life and heart to Christ. Blessings upon blessings were showered upon him and his family. On June 24, 2022, Dick celebrated his 50th wedding anniversary with his wife Violet, whom he always called his "Earth Angel". Through his computer he was able to get to know many guys in games across the world. His favorite was the "Tall Ships" game they played together. He also was an avid reader of western books and had a very large collection of western movies. He loved being Grandpa to Liam, Caden, Audrey, River, and Brennan. Dick was preceded in death by his parents, Raymond and Rosalyn Croatt, grandson Logan Croatt, brother-in-law Elliot Konieczny, and sister-in-law Faye Fluegge. He is survived by his wife of 50 years Violet Croatt of Greeley, CO; son Eric (and wife Christie) Croatt of Greeley, CO, children William "Liam", Caden, and Audrey; and son Benjamin (and wife Trisha) Croatt of Ft Collins, CO, children River and Brennan; 4 sisters: Anne Trigg of Berkeley Springs, WV; Kathy Croatt of Fridley, MN; Christine Nason of Osage, MN; and Bev Roth of Foley, MN. Viewing will be held Friday, August 5, 2022 from 6:00-8:00pm. A Celebration of Life will be held Saturday, August 6, 2022 at 9:30am at Allnutt Funeral Service, Macy Chapel, 6521 W 20th Street, Greeley CO, 80634, with a luncheon to follow. Graveside service with military honors will be held at 1:00pm at Sunset Memorial Gardens, 3400 W 28th Street, Greeley, CO. There will also be a livestream of the service. Livestream Link: http://tinyurl.com/mr3rujbx
See more See Less

In Memory Of Richard Croatt