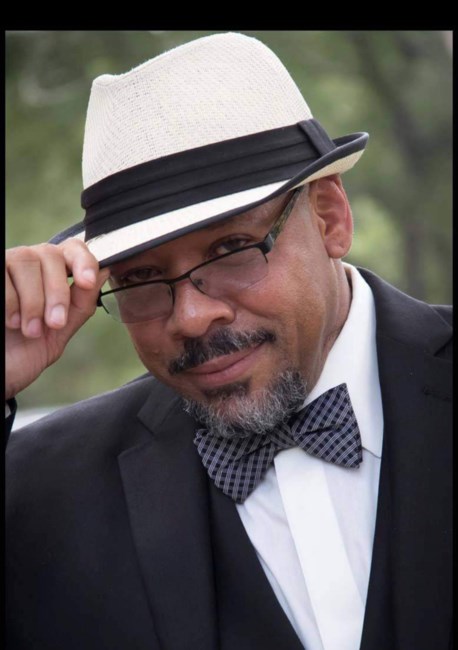 Jesse Andrew Hightower III was born on October 22, 1951, in Houston, TX to Jesse Andrew Hightower Jr and to Charlene Hightower and left for his heavenly home on September 15, 2022. Affectionately known as “Trey,” he was the life of any function. He loved to sing and dance, whether he was good at it is a different story. His fun-loving spirit preceded him everywhere he went. Trey dreamed big and was always armed with a smile and as caring as they come. “It ain’t easy being me” was a phrase you would hear often maybe too often from Trey as he joked about either how handsome he looked that day or how “cool” he was. Trey was one of those people that you experienced not just met. His lasting impression on anyone he encountered was always lighthearted, joyful, and magnetic. He was a loving, supportive, and giving brother. The bond he shared with his brothers was unmatched. He had four daughters who he cherished dearly. He would say having all girls was the reason he was bald- which could have been true, but what was definitely true was that he was a proud, devoted, and supportive Dad. As well as a compassionate, and dependable Husband who married his wife Fustina in 2009. He enjoyed traveling this world with his Queen. Trey was baptized in the Jehovah's Witness Faith in 2018. The way he cared for people and supported his family was truly Jesus-inspired. Trey was also the most caring and dedicated grandfather. His grandchildren and great-grandchildren had many names that they called him but every name came with the same love and admiration that one would expect from a grandchild to a grandfather. He was preceded in death by His parents Jesse Andrew Hightower Jr, Charlene Hightower; Sister Cynthia Hightower; Granddaughter Nakayla Williams, and Son-in-law Nathaniel Parker. Jesse leaves to love and cherish his memory daughters Lakisha Parker, Daniesha, Jessica, and Jennifer Hightower of Spring, Tx. Brothers Perry and Ralph Hightower of Spring, Tx. Grandchildren: Cydavia Hines (Tae), Darius Brown (Janae), Chassidy, Jeffery, Jesse, Billy, Kasen. Great Grandchildren: Darren and Antonio. As well as a host of cousins, nieces, nephews, and friends. A visitation for Jesse will be held Friday, September 23, 2022 from 6:00 PM to 8:00 PM at St Paul United Methodist Church, 426 Booker Rd, Spring, TX. A funeral service will occur Saturday, September 24, 2022 from 1:00 PM to 1:45 PM at Kingdom Hall of Jehovah's Witnesses, 913 Lemm Rd, Spring, TX. A committal service will occur Saturday, September 24, 2022 from 2:30 PM to 3:00 PM at Spring Peaceful Rest Cemetery, 28106 E Hardy Rd, Spring, TX. A repast will occur Saturday, September 24, 2022 from 3:00 PM to 5:00 PM, 426 Booker Rd, Spring, TX. Fond memories and expressions of sympathy may be shared at www.CalvaryHillFuneralHome.com for the Hightower family.
See more See Less