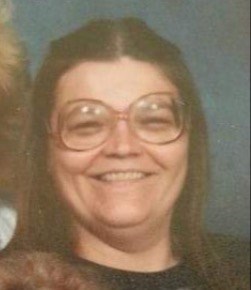 Nellie Snyder, 67, of Indianapolis passed June 30, 2022 in Indianapolis Indiana. She was born July 31, 1954 to William and Elizabeth (Brickley) Snyder. Nellie worked at various places throughout her life such as Brylane, Reebok, Speedway, Pacer’s Den as a waitress, a hotdog cart downtown called Jacks Vending and Mr. Softy Ice Cream. She was an avid reader, loved watching tv and playing video games, as well as playing poker with her family and friends. Nellie is survived by her daughter Cecilia “CC” Snyder; Two grandchildren, Ciara and Aiden; Two great-grandchildren, Miah and Omari; and her siblings, Bill, Sharon (Bob), Janet (Chuck) and Ed. She was preceded in death by her parents, brothers Mike and Joe, and Sisters Joyce, Cecilia, and Gloria. A Memorial Visitation will be held at Feeney-Hornak Funeral Home, 1307 N. Shadeland Ave, Indianapolis, IN 46219, on August 27, 2022 from 1 to 2pm with a service following at 2pm. Nellie generously and selflessly donated her body to science. Memorial Contributions may be made to the American Diabetes Association in memory of Nellie.
See more See Less

In Memory Of Nellie Snyder