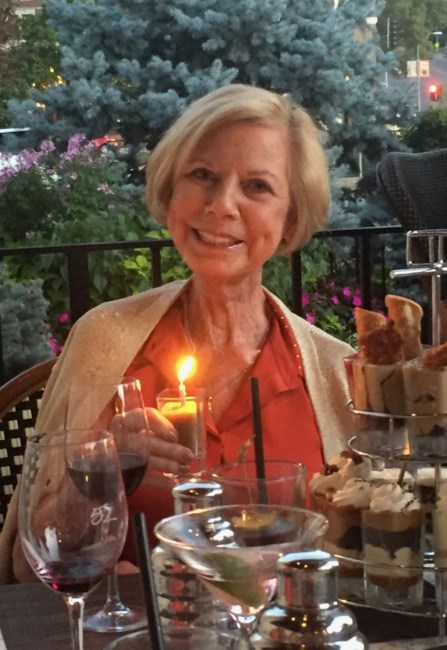 Overland Park resident Kathleen M. Allan, 88, died after living an amazing life. Visitation will be held on Monday, September 19 from 5:00-7:00pm at McGilley State Line Chapel, 12301 State Line Road, Kansas City, MO 64145. A funeral service/Mass will be held on Tuesday, September 20 at 11:00am at St. Michael the Archangel Catholic Church, 14251 Nall Avenue, Leawood, KS 66223. Kathleen was born to Art and Vivian Carlson on August 19, 1934 in Shelbina, MO. Kathy graduated from Shelbina High School in 1952. Kathy would go on to college in Columbia, MO, and from there became a Real Estate agent in Springfield, MO where she met her husband James Allan, MD. They then moved to the Kansas City area where they lived most of the rest of their lives. They were married for 43 years before his passing in 2013. Kathy was also an avid University of Missouri fan and loved to golf and play bridge. Kathleen is survived by her daughters Cindy and Leanne, their two spouses, Eldon and Brian as well as five grandchildren and five great grandchildren. She was preceded in death by her parents, Art and Vivian Carlson and her husband James Allan.
See more See Less

In Memory Of Kathleen M. Allan