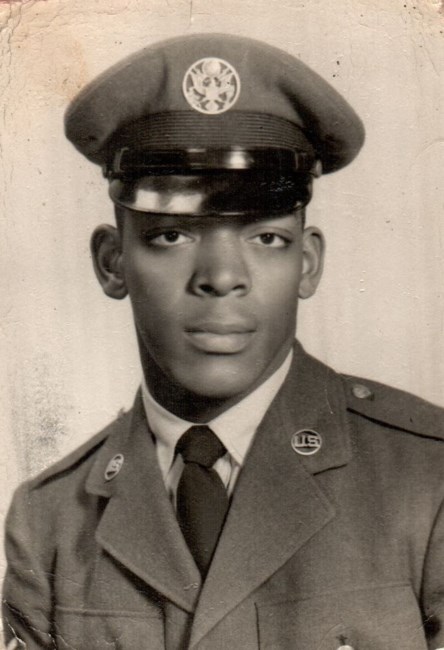 On Monday, August 1, 2022 Philemon William Hester, known by his friends as P.W., entered peacefully into restful sleep. He was a bright light and a brave spirit who demonstrated outstanding generosity and kindness to family and friends. Philemon worked hard to achieve his dreams and had a well-lived life. He was a loving companion to his late wife JoAnne and father to his daughter Chrystal. He was deeply religious and active at Calvary Southern Baptist Church in Las Vegas, Nevada. Philemon was born on February 27, 1937 in Monroe, Louisiana to the late William Lincoln Hester, Jr. and Vivian Robinson Hester. In 1955, he graduated from Carroll High School in Monroe and then began his military career in the United States Air Force. Philemon met JoAnne at a wedding in 1958 when they needed someone tall enough to escort 5 ft. 10 in. JoAnne. They were married on January 30, 1959. That same year they were blessed with a baby girl, Chrystal Elaine Hester, their only child. Philemon's military service to his country spanned 26 years, and in 1980, he retired as a Master Sergeant. During his career he traveled to Spain, England, Greece, Turkey, Guam, Thailand, and many locations throughout the United States. He was awarded the Meritorious Service Medal, Air Force Commendation Medal, Air Force Longevity Ribbon, National Defense Service Medal, and Air Force Good Conduct Medal. In 1972, he opened his first mechanic shop, PW's Auto Care, in Las Vegas. After returning to the United States from England, he reopened the shop and operated it for 42 years until he retired a second time in August 2021. Philemon and JoAnne spent nearly 50 years together in the Las Vegas Valley. Although they enjoyed the city's many amenities, they truly loved to bowl. Philemon sponsored his wife's bowling team for many years. They won numerous trophies and traveled all over Nevada for tournaments with their friends. Philemon was preceded in death by his wife of 47 years, JoAnne; his parents, William and Vivian Hester; and his brothers, Herbert Hester, Sr., Orris Hester, and Bennie Hester, Sr. Philemon leaves to cherish his memory his daughter, Chrystal Elaine Hester of Las Vegas, Nevada; three nieces, Rose Hester of Raleigh, North Carolina, Vivian Hester-Jones (Darryl) of Yonkers, New York and LaVonne Hester-Smith (Cedric) of Decatur, Georgia; six nephews, Herbert Hester, Jr. of Bronx, New York, Patrick Hester (Maxine) of Yonkers, New York, Jonathan Hester of New York, New York, Bennie Hester, Jr. of Las Vegas, Nevada, Benard Hester of Union City, California and Lorenzo Ford of Dallas, Texas; special friends, Lucille Foster of North Las Vegas, Nevada and Charity Tate of Sun City, Arizona; and a host of cousins, loved ones and friends. *For everyone's well-being, it is requested that all guests please wear masks during the funeral service*
See more See Less

In Memory Of Philemon W. Hester