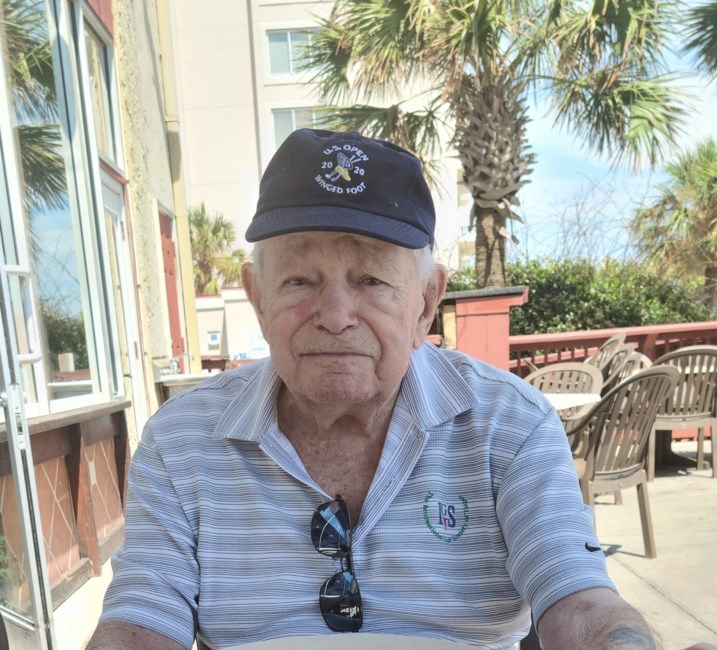 Carl Angela DeNobrega, 97, of Calabash, NC passed away Friday, November 19, 2021. Born in Manhattan, NY, Carl was a son of the late Clement A. and Adalaide Figueria DeNobrega. He was the husband of the late Veronica Geraghty DeNobrega.

A proud US Veteran, Carl entered the US Navy at the age of 17. He served from 1941 until 1945 during WWII. In 1947, Carl married Veronica and they had three beautiful children, Gary, Gail and Carol. He began a lengthy career with the New York Police Department and retired following 30 years of service in 1979. An avid golfer, Carl moved to Calabash in September of 1987. His time spent with his family were most important. He enjoyed moments with his children, grandchildren, great-grandchildren and for the past several years, ZuZu, his faithful canine companion.

Visitation will be held from 5:30 until 8:30 p.m. on Tuesday, November 30, 2021 at McCourt and Trudden Funeral Home. A graveside service will be held on Wednesday, December 1, 2021 in Long Island National Cemetery.

In Memory Of Carl Angelo DeNobrega