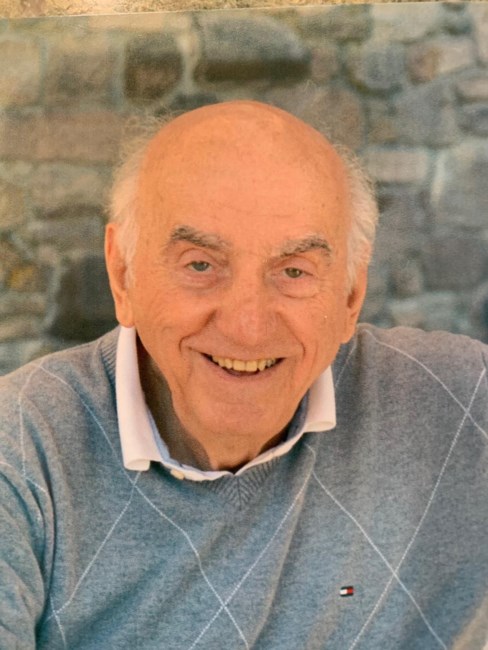 Felix E. “Philip” Colaiacovo, passed away on Thursday, July 28, 2022 in Fairfield at the age of 92. Born in Newark, he lived in Glen Ridge for 28 years and Cedar Grove for 20 years before moving to Fairfield five years ago. Felix worked his entire career of 60 years as a journalist and as a writer in the public relations field. He was employed by various newspapers, and public relations agencies, amongst them as a writer for the Hudson Dispatch and in public relations for Burson Marstellar. He retired in 2017 as owner and editor of Coil World Magazine, a trade publication in the steel industry. He was an avid baseball player and fan. He played for the University of Georgia where he won the SEC Championship as a pitcher. He was invited to spring training with the St. Louis Cardinals which was short lived as he was drafted into the Army. He would spend two years with the United States Army during the Korean War. He was the beloved husband of the late Antonia L. (DiFoggia), loving father of Charles Colaiacovo (Lynette), Judith Colaiacovo (Terence Salmon), Linda Colaiacovo (Philip Fowler), dear brother of the late Eugenia Cecconi, cherished grandfather of Devin Colaiacovo and Owen Salmon, and great grandfather of Freya Perrone. Visitation will be held on Monday, August 1, 2022 from 4-8 pm at the LaMonica Memorial Home, 145 E. Mt. Pleasant Avenue in Livingston, NJ. The Mass of Christian burial will be on Tuesday, August 2, 2022 at 10 am in St. Catherine of Siena Church in Cedar Grove followed by the burial in Mount Olivet Cemetery in Bloomfield.
See more See Less