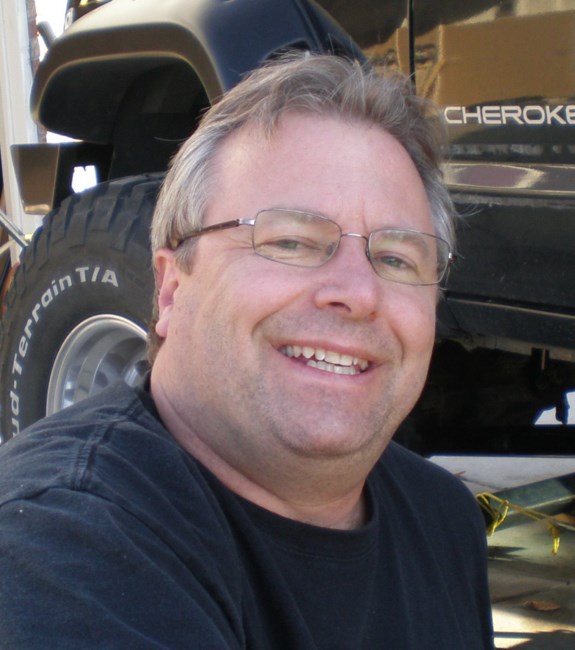 Ken was born on March 30th 1964 in Fairbanks Alaska He is survived by his wife Gina and daughter Paige along with his parents Alan and Joyce of Longmont and Brothers Mark (wife -Crysti), Steve (wife -Yeng), Rob (wife – Robyn) and many nieces and nephews Ken started his career with Safeway in 1982 and worked there until he joined the Navy. After joining, he was stationed at Subic Bay in the Philippines and worked his way up to Petty Officer Second Class. While stationed in the Philippines, he met Gina and they were married while they were abroad. After leaving the Navy, they returned to the states to Ken’s home town of Longmont returning to work for Safeway. They lived in Longmont for a short time then moved to Frederick. After living in Frederick Ken and Gina knew they wanted a family so they had their lovely daughter Paige. Ken and his daughter Paige were inseparable from the time she was small, they were always together. Ken left Safeway and worked with his brother Rob for several years on finish work in high end homes and offices. It seemed like they traveled all over. He most recently worked as installation manager for Foothills Custom Cabinets Ken was a family man; he enjoyed his time at home with his wife and daughter or with family and friends. From a young age, Ken had a passion for working on his cars or motorcycle; he was always trying to enhance them or make them work a little better. Ken always stepped in to lend a hand when he could, he and his brother Rob recently did some remodel work for his parents so it would be easier for his mother to get around. Everyone Ken knew was a friend, when he’d talk about picking up a part at the auto store, he would always say my friend helped me pick out what I needed. Ken was a special man, he was a good husband & father, a good brother & son, and to many of us he was a good friend. We will always remember and love him. Ken passed on his 55th birthday March 30th 2019
See more See Less

In Memory Of Kennith Ray Owens