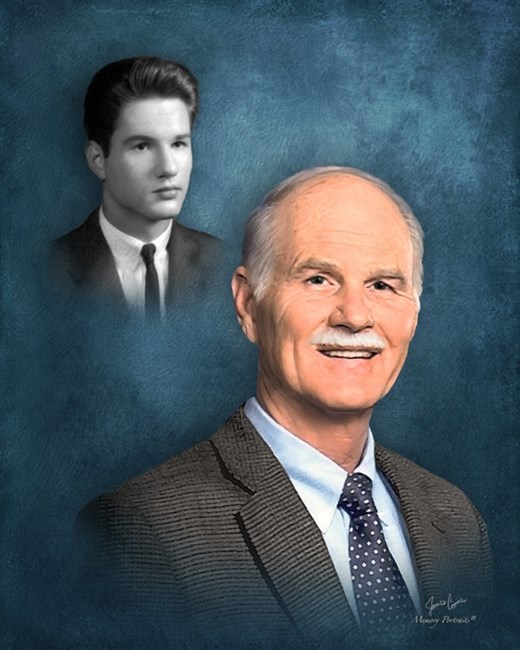 David Arthur Jackson, 75, passed away peacefully at home on May 12, 2022 after fighting Parkinson’s Disease with dementia for several years. David was born September 11, 1946 in Louisville, Kentucky to parents Dorothy Busbee Jackson and Arthur Mansell Jackson, both of whom predeceased him. He was a 1964 Graduate of Fern Creek High School, U of L Speed Scientific School (1969, mechanical engineering) and Oakland University (1979, MBA). David started his career at Bendix Automotive Group (1969-73) in South Bend, IN as an engineer where he obtained a patent for an adaptive braking modulator. He then moved to Wixom, Michigan with Bendix Sales and Marketing from 1973-81. He was recruited back to Louisville in 1981 to work for C .Lee Cook, a Dover Corporation, where he retired as president in 2006 after 26 years of service. During that time he helped increase sales, coordinated acquisitions and oversaw the building of the new Cook Airtomic plant in North Point Business Centre in 2000. Upon retirement, employees commented that David was a “great leader” “classy gentleman” “of high integrity” “honorable, professional and unselfish”, “provided steady leadership” and “took the time to listen and to counsel” David never met a stranger. He was gregarious, giving, fun loving, patient and kind. He believed in giving back and especially enjoyed working with youth. To share his love of the outdoors he founded an Explorer scout troop which was sponsored by Bendix Automotive and served as the advisor and taught canoeing and chaired Explorer Road Rallies. Back in Kentucky, he taught a Junior Achievement class for Oldham County Middle School students to share his business manufacturing expertise. He also became a Big Brother with Kentuckian Big Brothers Big Sisters and was matched for 11 years working tirelessly to ensure his Little graduated from high school. He also served in Prospect/Goshen Rotary club joining in on many service projects, fundraising ventures and serving in various positions. He was a Rotary Paul Harris Fellow. In addition, David was inducted into the University of Louisville Alumni Association Silver Cardinal Society. He also was an Invited participant in the National Security Forum of the Air War College – Maxwell Air Force Base – in May 1993. Family was important to David. Attending grandchildren’s events and activities and hosting large family parties was always fun. David is predeceased by brothers Patrick, Jack, and Ted and sister Virginia Lee Branstool. David is survived by his wife of 53 years Janice (Hazle) Jackson. He was the proud father of son Brian (Jennifer) and daughter Christie Burris (Jim), and the fun-loving grandad to Jacob and Nick Jackson, and Lydia Burris. Also surviving are siblings Carole Gay Powell and Bob Jackson, as well as numerous nieces and nephews. Visitation will be at Arch L. Heady at Resthaven Memorial funeral home, 4400 Bardstown Road on Friday May 20 from 4-8PM and on Saturday from 10-11AM with a Celebration of Life at 11AM. In lieu of flowers, memorial donations may be made to Big Brothers Big Sisters of Kentuckiana, Hosparus Health of Louisville, Prospect-Goshen Rotary Club, or a non-profit Parkinson’s Disease charity of your choice.
See more See Less

In Memory Of David A. Jackson