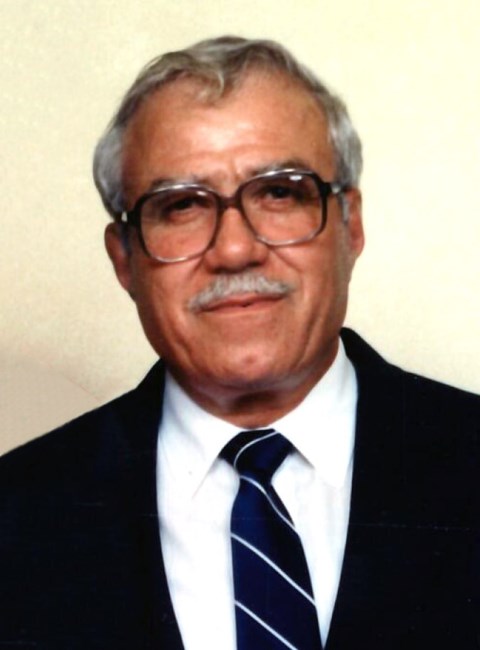 Herman Goettl, 92, of Lucas, Ohio passed away on Saturday, January 21, 2023 at Mansfield Memorial Homes. He was born in Mansfield, Ohio on November 8, 1930 to the late Karl and Ida (Lantzenlechner) Goettl. Herman was a veteran of the U.S. Army and served from 1951-1953. He owned and operated his own business, Herman Goettl Plumbing and Heating. He enjoyed fishing, antique cars and spending time with family, especially his grandchildren and great-grandchildren. He also enjoyed reading and learning about history, especially world history. He was a member of the Apostolic Christian Church. Herman is survived by his son, Karl (Jennifer) Goettl of Mansfield; daughter, Louanne (Howard) Hockstad of Cedarburg, WI; six grandchildren, Renee (Austin) Getz, Karl (Ilea) Goettl, Jack Goettl, Lisa Hockstad, Andrea (David) Appel and Erik Hockstad; great-grandchildren, Esther, Blake, Clint and Edwin; and sister, Evelyn Goettl. He was preceded in death by his parents; wife of 50 years, Lucille Goettl; four brothers; and four sisters. The family will receive friends from 4:00 – 8:00 p.m. on Thursday, January 26, 2023 at the Diamond Street Home of Wappner Funeral Directors, 98 S. Diamond St., Mansfield, Ohio 44902. A funeral service will be held on Friday, January 27, 2023 beginning at 11:00 a.m. at the Apostolic Christian Church, 1332 Middle-Bellville Rd., Mansfield, Ohio 44904. Memorial contributions may be made to St. Jude Children’s Research Hospital.
See more See Less

In Memory Of Herman Goettl