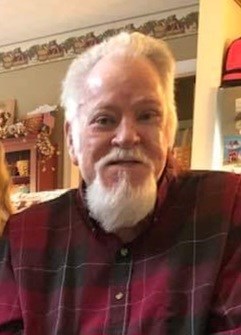 John Franklin Beach, age 83, went to be with His Lord on January 18, 2023, surrounded by family while under the care of VAMC Hospice. He was born in Washington, DC on January, 29, 1939 to his late parents Robert Hamilton Beach and Marion Loretta Ridgeway. He grew up in the Bradbury Heights section of Suitland, MD. John joined the Navy in 1956 and served for 2 years as a crane operator on the USS Amphion and the USS Betelgeuse. John worked as an electrician for Pelburn Electric in Washington, DC for many years. He moved his family to Gerrardstown, WV in 1977. He started his own company, Beach Electric, in 1978 and it was in operation until 1986 when John went to work in Washington, DC again. He was a meticulous craftsman who was known for his traceable electrical connections. He was a tireless worker who would give you the shirt off his back. He was the last surviving member of 13 children. He is predeceased by his father and mother, 6 brothers and 6 sisters. John is survived by his wife of 64 years, Virginia May "Ginny" Hess Beach; his sons: Tim (Brenda) and Todd (Kimberly); his daughter, Noelle Engle (Dennis); his 7 grandchildren: Heather Dunham (Adam), Bradley Beach, Danielle Henion (Matthew), Jared Beach, Emily Beach, Christa Engle and Caleb Engle; his 3 great-grandchildren: Hunter Dunham, Lucas Dunham, Sunday Murphy; and faithful furry friend, Luci. The family extends Thank You to the VAMC Nursing and Physician staff of ICU and Hospice for the great compassionate care he received. Friends and family will be received on Saturday, January 28th from 11am until the time of the Memorial Service at 1pm at Rosedale Funeral Home. Private inurnment will be in Rosedale Cemetery. Condolences can be sent to www.RosedaleFuneral.com
See more See Less

In Memory Of John F. Beach