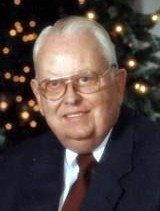 Jim was born to the late S.D. and Hope Redfield on December 1, 1930 in Dallas, Texas and moved to Nacogdoches in 1945. Jim graduated number one ...