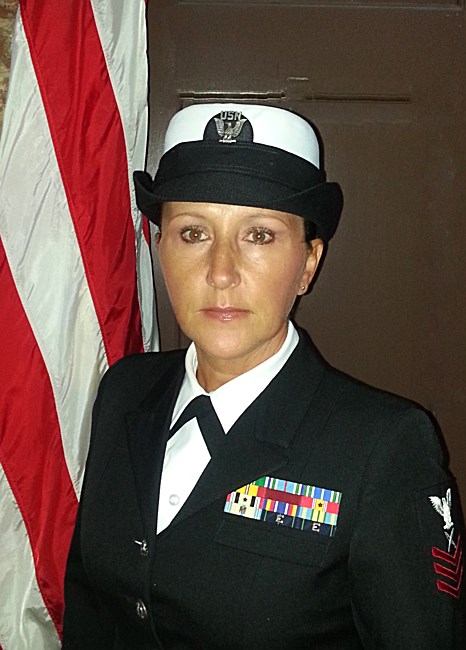 Lauren C. Price, 56, of New Port Richey, Florida, passed away at home, surrounded by her family, friends, and beloved pets on March 30, 2021 after a courageous battle with cancer. She was a beloved wife, vigilant mother, devoted grandmother, veteran of the United States Navy, and the kind of friend we all could only dream of having. Lauren, was born in Providence, Rhode Island on January 13, 1965, was predeceased by her father, Henry Frazier and brother, Phillip Jones. She is survived by her husband James Price, sons Brad Frazier (Amber Sumrak), Aaron Maesse, Chad Maesse, Quinton Price, and Ricky “Noah” Price (Merry Dare Price); Grandchildren Brianna and Kyle Frazier, Wesley Maesse, Rylee Price, and Isaiah and Lauren Maesse. Lauren loved her family furiously; they were her pride and joy and there was nothing that she would not do for them. Lauren was many things to people and there was nothing that she could not do or accomplish. As a child, she was a gymnast, as a teenager she worked at McDonalds and Taco Bell and drag raced cars. She became an Army wife at a young age. She was a bartender when she needed to help her young family make ends meet, and while at Fort Dix, she began meeting people that would become some of the closest friends of her life. These friendships, and future ones over the years, were a cornerstone, of the powerful force that Lauren was known to be. Lauren eventually became a single mother raising 3 young boys on her own. She owned a cleaning business and a professional glass shop. Later jobs included working as a master glazier, a debt collector, a city council member, and a paralegal. Although born in Rhode Island, she grew up in Washington State, but lived in New Jersey, Connecticut, Rhode Island, and Germany. Lauren was proud to say that over the years she had lived in 53 cities. In 2004, while battling and finally defeating cancer for the third time, Lauren moved to Florida to enjoy the sunshine. She bought a house and became an integral part of the community. In 2006, she followed the family tradition of service to her country and joined the United States Navy. Lauren was deployed to Iraq in 2007 for a year, where she met her future husband, Jim. During her deployment, Lauren received injuries and exposures that ultimately led to her medical retirement from the Navy in 2013. This was when Lauren found her true passion in life, to help the veteran community. She became a friend and ally to countless veterans and their families across the nation. She was Co-Founder and Executive Director of Veteran Warriors, an organization whose goal is to aid veterans by any means possible. Lauren’s spirit and fire allowed Veteran Warriors to blossom from a small local Facebook group into a thriving nationwide organization with a reach and influence beyond its founder’s wildest dreams. If you needed something done, Lauren was the “go to person”. She could always make it happen and if needed, she was always ready to say, “let me speak to your supervisor”. Lauren’s three greatest honors were being a mother, serving this country as a Sailor, and serving the veterans of the nation as their advocate. The family appreciates your thoughts and prayers and requests that in lieu of flowers, that the money that would have been spent be donated, to Lauren’s organization, Veteran Warriors (https://veteran-warriors.org/donate) in her honor. Lauren has chosen to have her remains incorporated into a reef ball to be placed into the Gulf of Mexico to help with natural reef regrowth. Contact Mr. Price for further information regarding this.
See more See Less