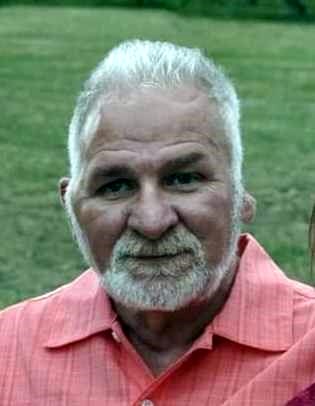 A Funeral Mass for Edward R. Burwell, 60, of Ogdensburg will be held at 2:00pm on Wednesday, January 26, 2022 at Notre Dame Church with Rev. James Shurtleff officiating. Calling hours will be held prior to the mass from 11:30am to 1:30pm on Wednesday, January 26, 2022 at Fox & Murray Funeral Home in Ogdensburg. Edward passed away at Bassett Medical Center in Cooperstown after a 10 year battle with cancer, with his loving family by his side. He is survived by his wife of 33 years Mary, daughters Jillian (William) Pharoah of Ogdensburg, Jennifer (Dustin Green) Kennedy of Ogdensburg, and Jessica Davis of Newark, a sister Diane Burwell of Florida, grandchildren Rose, Gabriella, Mylee, and Caroline Pharoah, Jacob and Maddox Kennedy, and Ezri Tripp-Green, his dogs Jack, Tarzan, Lola, and Zeke, Deliah, and many nieces, nephews and cousins. A sister Valerie Schneller in 2021, a nephew Kenneth McDonald, and a son in law Matthew Davis in 2020 predeceased him. Edward was born on September 12, 1961 in Mattydale, NY of the late Morris & Patricia (Martin) Burwell. He graduated from Lisbon Central School in 1979 and attended Syracuse University for a year before enlisting in the United States Air Force and serving from 1981 to 1984. After his dedicated military service, Edward worked as a tractor-trailer driver, at Sperling’s Furniture in Ogdensburg, and as a security officer at St. Lawrence University before his career as a Corrections Officer for New York State. During his career, he worked his way up from Fishkill Correctional in Beacon to Riverview Correctional Facility in Ogdensburg, retiring in 2004. Edward enjoyed camping at Coles Creek, hunting, watching NASCAR and the Detroit Lions, going on vacations to Las Vegas and warm beaches in Florida and Myrtle Beach and most importantly, spending time with his family and grandchildren. He enjoyed picking his grandchildren up from school, no matter how he was feeling. He had a great sense of humor, loved joking with his family, and was known for his one-liners. Memorial contributions may be made to the Richard E. Winter Cancer Center at 5 Lyons Pl; Ogdensburg, NY 13669. Thoughts, prayers, condolences and fond memories may be shared with the Burwell family online at www.foxandmurrayfuneralhome.com.
See more See Less

In Memory Of Edward R. Burwell