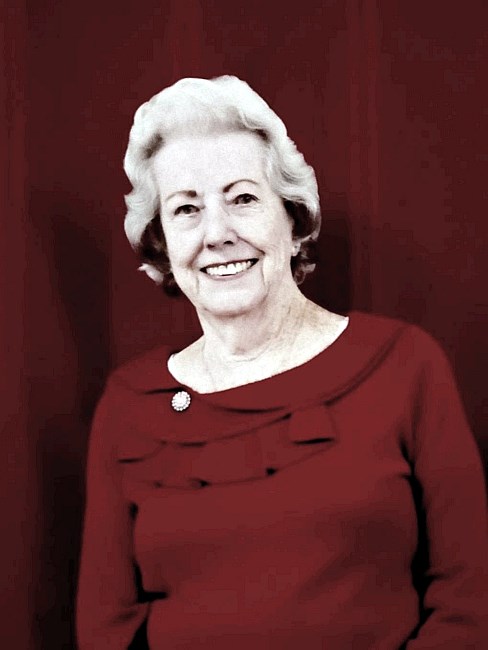 Lillie Mayola Davison Hayes left this earth for eternal life in Heaven on August 4, 2022. Mayola was born December 10, 1936 at St. Luke's Hospital in Jacksonville, Florida to James Gideon Davison and Frances Mayola Lubeck Davison. Mayola grew up on the Southside of Jacksonville attending Hogan Spring Glen Elementary, Southside Grammar School and graduating from Landon High School in 1955. In 1986 at the age of fifty, Mayola achieved her dream of graduating from college and earned her two year Associate in Arts degree from Florida Junior College in Jacksonville. Shortly after graduating high school, Mayola got a job with State Farm Insurance as a file clerk. Over the years she went from being a file clerk, to secretary and eventually became the first female claims adjuster for State Farm in the Southeast; an accomplishment she was very proud of. After becoming a Claims Superintendent, Mayola retired in 2002 after forty seven years of dedicated service to the company. In 1971, Mayola met and married Clifford Lewis Hayes and had a daughter Denise in 1972. They lived in the Lake Asbury area of Clay County for several years and moved back to Jacksonville. In 1997, Cliff and Mayola moved to Winter Haven, Florida and eventually to Keystone Heights, Florida after Mayola’s retirement. Cliff and Mayola were devoted to each for over 31 years until his death in 2003. After Cliff’s death, Mayola volunteered for hospice for several years and was awarded “Volunteer of the Year” in 2012. Mayola was a devout Christian. Her faith in God was a very prominent part of her life and she attended church almost every Sunday. Mayola grew up attending Glendale Community Church in Jacksonville and many years as a member of Mandarin Christian Church. For the past twenty years, Mayola was a member of Keystone Heights Christian Church. Over the years, she taught Sunday school to children, attended ladies groups, assisted with Vacation Bible School and many other church activities. Mayola was predeceased by her parents James and Frances Davison, her siblings James Davison II, Lamar Davison, Alice Allton, Donald Davison, Walter Davison, Anne Dorough and her husband Clifford. Mayola is survived by her daughter Denise Mankinen and her husband Hans Mankinen, granddaughter Kelly Mankinen, grandson Jacob Mankinen and great granddaughter Marcy Lanter. Mayola is also survived by her sister in law Carra Davison. Mayola was known as “Aunt Ola” to her many nieces and nephews that she leaves behind who all shared a very special place in her heart. In addition, Mayola leaves behind many friends who loved, admired and respected her. Mayola's family would like to express their thanks and gratitude to Canterfield of Clay County and Community Hospice for their wonderful care of Mayola over the past few months. We are truly grateful. Funeral services will be held 11 AM, Wednesday, August 10, 2022 at HARDAGE-GIDDENS RIVERMEAD FUNERAL HOME, 127 Blanding Blvd, Orange Park, FL. Visitation will be held 1 hour prior to services at the funeral home. Burial will follow at Greenlawn Cemetery, 4300 Beach Blvd, Jacksonville, FL 32207. In lieu of flowers, donations can be made to "Cure Alzheimer's Fund" and/or Community Hospice of Northeast Florida. Fond memories and expressions of sympathy may be shared at www.hardage-giddensrivermead.com.
See more See Less

In Memory Of Mayola D. Hayes