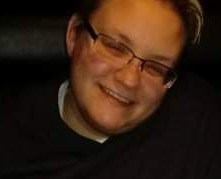 Bree Ann Hanselman, 37, of Peoria, passed away on Saturday, April 30, 2022 at her home. She was born on January 19, 1985 to Michael “Heiney” and Leigh Ann (Corrigan) Hanselman. Bree was very close to her parents as well as her grandparents while they were alive and considered her Mother, Leigh, as her best friend until she lost her to cancer. Bree is survived by her partner, Kelly Thomas and her daughter, Madison, of Peoria; her brother, Aaron Hanselman, his wife Danielle, 2 nephews and a niece of Springfield; her Aunt, Candace Powers of Chatham, who was like a second mother to her and several cousins; She is also survived and loved spending time with her beloved dog, Ruxpin “Ruxy” and her beloved cat, Kairi “Kai”. She was preceded in death by her parents and grandparents. Bree was a graduate of Springfield Sacred Heart-Griffin High School, class of 2003. She last worked as a massage therapist in Springfield and also previously had worked as a security guard. Bree was known for her beautiful smile, wonderful sense of humor as well as her kind, gentle and generous heart. She was always willing to help anyone who needed it. She was very artistic and quite talented at it and loved to paint murals. She drew or colored something almost every day. She loved body art and had several tattoos. She was also into the performing arts as well and put on several performances as a drag “King” where she put on several performances under the name “Breezy F Baby". She was great with children and absolutely adored them. She played sports growing up, for the most part, baseball. Bree was an avid St. Louis Cardinals and Peoria Chiefs fan and absolutely loved going to ball games. She was a former member of Sacred Heart Catholic Church in Springfield. A celebration of life service will take place for her at a later time. Cremation has been entrusted to Davison-Fulton Woodland Chapel in Peoria with a private signature dedication on an undisclosed date. In lieu of flowers, memorials may be made to Narcotics Anonymous, which was an organization near and dear to her heart, at www.na.org/?ID=contribute-now. Online condolences may be left for Bree’s family at www.davison-fulton.com.
See more See Less

In Memory Of Bree Ann Hanselman