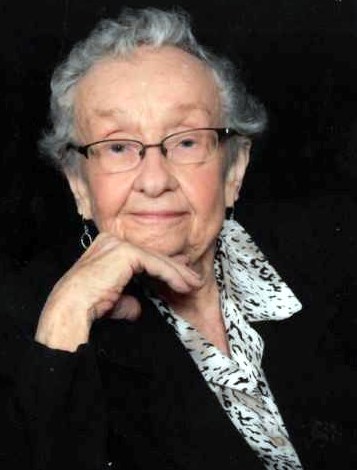 Mary Joycette Hamrick, age 88, of Parker, Texas, and formerly of Eunice, New Mexico, passed away peacefully on Thursday May 5, 2022. She was born on October 28, 1933 in Seminole, Oklahoma to the late Ralph and Arlene Vandiver. Early in her life, she developed a love of music. In high school, she played clarinet in Seminole High School Band in Seminole, Oklahoma. She continued playing her clarinet while attending the University of Oklahoma and marched in The Pride of Oklahoma Band. After graduating, she continued marching in The Pride of Oklahoma Alumni Band were she was easy to spot as she was the shortest one on the football field. After marrying her husband Robert, they moved to Eunice, New Mexico to start their life together. While raising her family, she taught school for the Eunice School System for over 34 years and was loved by many students. She stayed busy with her own interests and hobbies which included being a member of the Lambda Chapter of the Delta Kappa Gamma Society, of which she served as New Mexico State President. She and Robert worked on local, state and international staff of the Cinderella Scholarship Pageant for many years where thousands of contestants called her Ms. Mary Jo. She was formally a member of the First United Methodist Church of Eunice, New Mexico and served in several church capacities. She was recently a member of the First United Methodist Church of Plano, Texas where she enjoyed playing in the handbell choir, teaching handbells to children and helping with vacation bible school. Mary Jo adored and loved all her family near and far. Mary Jo was preceded in death by her husband Robert Hamrick, her parents Ralph and Arlene Vandiver, sister Donna Knapp (Bobby), brother, Ralph Cecil Vandiver Jr (Marilyn), daughter in law, Linda Hamrick, niece, Claire Higgins, nephew, Kirk Vandiver and sister in law, Elizabeth Higgins. She is survived by her son David Hamrick of Wylie, Texas, daughters Betty Petty (Richard) of the Colony, Texas and Vickie Hamrick of Wylie, Texas, grandsons Michael (Shawna) Petty of San Antonio, Texas, Eric (Ashley) Petty of Fort Lewis, Washington, David Petty of Royse City, Texas and Kiel Petty of Addison, Texas. Great-grandchildren Bailey Brooks, Amber Petty, Carter Petty, Landen Petty, Adyson Petty, Eli Petty and Maddox Petty, brother in law Jimmy Higgins of Carlsbad, New Mexico and several nieces, nephews and cousins. In addition, Mary Jo is survived by Emelda, Grace and Sarah, her wonderful caregivers and companions for the last few years. Visitation will be held on Wednesday May 18, 2022 from 5-7PM at Ted Dickey Funeral Home, 2128 18th Street, Plano, Texas 75074. Funeral Services will be held on Thursday May 19th at 10AM at the First United Methodist Church of Plano, 3160 E. Spring Creek Parkway, Plano, TX 75074. Interment will be immediately follow at Dallas Fort Worth National Cemetery. In honor of her love of the Oklahoma Sooners, Mary Jo's family welcomes you to wear Oklahoma Sooner Clothing or Crimson / Cream to the funeral. In lieu of flowers, memorial donations may be given in Mary Jo's Memory to the Methodist Children's Home 1111 Herring Ave, Waco, TX. 76708, The Pride of Oklahoma Marching Band (www.oufoundation.org/foundation) or the First United Methodist Church of Plano (3160 E. Spring Creek Parkway, Plano, TX 75074)
See more See Less

In Memory Of Mary Joycette Hamrick