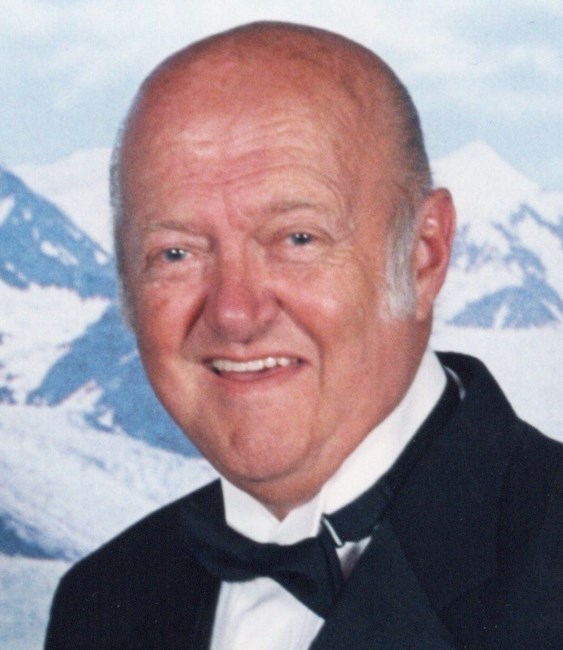 It is with great sadness that the Giesbrecht family announces the passing of Jack Glen Giesbrecht on January 14, 2023 at the age of 84. Jack will be loving remembered by his wife of 61 years Irene, daughter Laura (Christopher), son Dwayne (Alison), grandchildren Jake and Sophie, sisters Deanna Renner and Elaine Thomas and brother Eddie Brunette. He was predeceased by his sister Gladys Murray. Jack was born on a farm in Shaunavon, Saskatchewan on October 26, 1938. When Jack was nine, his father died in a coal mining accident on his 33rd birthday and the family moved to Maple Ridge where he spent his teenage years. After graduation he worked on the stacker at Hammond Cedar. Jack and Irene met at a basketball game in 1958 and after a long courtship married in 1961 and settled in Port Coquitlam. His father-in-law, George Le Roux, persuaded him to become a realtor and join his company, J.K. Cooper Realty, where he worked for 40 years. In the 1980’s, Jack became an owner in the company. In 1966, Jack and Irene were blessed with their first child, Laura and their son Dwayne in 1969. Jack enjoyed every minute he was able to spend with them and made sure to include them in his travels to Arizona and in later years the rest of the world. When his grandchildren came into the world, he made a point of watching them in their activities and loved to boast about them. Jack became very involved in the community. He was a member of the Lions club for 59 years and during that time was President, director and treasurer. He was so proud of being part of an organization that helped so many people in so many ways. He maintained perfect attendance for 30 of those 59 years, even attending international meetings when away on vacations. Jack was the recipient of the Melvin Jones award in 2006, which is the highest award to be received. In the 1960’s, Jack was a member of the the local Board of Trade. He was the treasurer of the Port Coquitlam B.I.A. for a number of years and, because of his dedication to the city, he was asked twice to be parade Marshall for the Port Coquitlam May Day Parade. Jack loved to fish and hunt and after many hunting and fishing trips to Loon Lake, Jack and Irene had the opportunity to purchase a cabin there. The Giesbrecht cabin has entertained many and been a place that has been enjoyed by many friends and family, including the children and grandchildren. Jack loved to travel. Jack, Irene, Dwayne and Laura had countless trips to Arizona to visit Irene’s dad, trips to Mexico, Hawaii, Portugal, France, China and Greece. Jack and Irene took a total of 34 cruises all around the world. Jack loved these opportunities to don his tuxedo and boy, did he look handsome! Jack cruised down the Amazon River, climbed the Great Wall of China, sailed through the Suez and Panama canals, and walked in the pharaoh tombs in Egypt. His was a life well lived and he had been known to say that he would not change a single thing about his life. Jack was so happy with the life he led with Irene and was so proud of family. A celebration of life will be held on February 4, 2023 at First Memorial Funeral Services Burkeview Chapel, 1340 Dominion Avenue, Port Fond memories and expressions of sympathy may be shared at www.firstmemorialportcoquitlam.com for the Giesbrecht family.
See more See Less

In Memory Of Jack Glen Giesbrecht