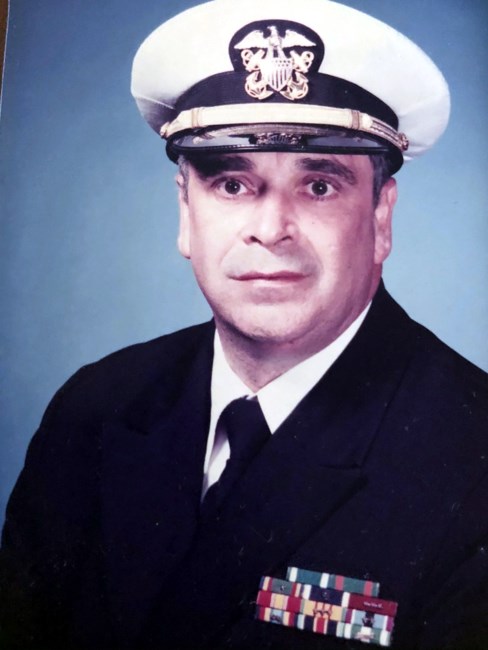 Oniel Michael Estela was born October 3, 1946, to the late Aracelio and Raquel Estela in New York City, New York. Niel attended Bishop Dubois High School in New York City. After graduating from high school, he worked in the city and went to night school then he enlisted in the Navy in May of 1966. He went to night school and took college courses at almost every duty station during his military career. He received his bachelor’s degree in business administration from the University of New Hampshire. He also took a few graduate courses, some would consider him a professional student! Upon graduating from his initial Navy basic and specialty training and spending two years on the aircraft carrier USS Oriskany he did two tours to Vietnam, he returned to New York to claim his bride, Suzanne Hiler. He and Suzy met when she was almost 13, and he was 16 years old. He always knew, she was the one for him. Without question, he married his soulmate and the love of his life. They were united in holy matrimony on April 14, 1968. Their union blessed them with three children. Niel was a family man and enjoyed spending quality time with them. He truly enjoyed vacationing different destinations, family gatherings and playing golf. He loved spending quality time with his kids and grandkids in Cancun Mexico at Moon Palace Resort. His favorite place to vacation was Cancun and Playa Del Carmen in Mexico and of course he truly enjoyed exotic vacation cruises. He even coached baseball when his children were young. Niel favorite movie was Footloose with Kevin Bacon, and he also enjoyed the musical The Sound of Music. His favorite poem was The Bells by Edgar Allen Poe, while in elementary school he had to memorize it and he never forgot it. He served his country and the United States Navy honorably during peace and war for over 25 years. His first assignment found him on board the USS Oriskany (CVA 34), where he performed duties of Aviation Boatswain’s Mates (ABH). Soon, the young sailor set his sights on the AG rating, and he attended both AG “A “and “C” schools. Following school, Estela served at various commands worldwide, and included an instructor assignment at the Naval Postgraduate School in Monterey, CA. He received his commission while serving with the Pacific Mobile Environmental Team in San Diego. His career culminated with the Naval Oceanography Command Facility in Brunswick Maine. After successful military career and retirement, he became a computer programmer and IT Specialist. Neil was very active in the community through Treasure Coast Military Officers Association of America (TCMOAA). His efforts helped the local chapter, numerous veterans, JROTC Cadets. He served TCMOAA as the webmaster and editor for the monthly newsletter. He received numerous awards, accolades, and accommodations from MOAA National. Neil passed on January 18, 2022, and is proceeded in death by his parents Aracelio, and Raquel Estela. He leaves to cherish his sweet memory, the love of his life, Suzanne and their three children. His son Michael Estela of Woodstock, Georgia (Melissa) children Alex Estela (son) and Elena Estela (daughter). His son Daniel Estela of Bowdoinham, Maine (Dawn) and children Carson (son) and Avery (daughter). His daughter Jillian Shotola of Milwaukee, Wisconsin and daughters Ava, Ella, and Clara. His brother Jose (Peggy), a retired Air Force Officer and their children Zachary, Roxanne, and Maxfield. A visitation for Oniel will be held Saturday, May 14, 2022 from 11:00 AM to 12:00 PM at Aycock at Tradition, 12571 Tradition Parkway, Port St. Lucie, FL 34987, followed by a celebration of life from 12:00 PM to 1:00 PM. Fond memories and expressions of sympathy may be shared at www.aycocktradition.com for the Estela family.
See more See Less

In Memory Of Oniel M Estela