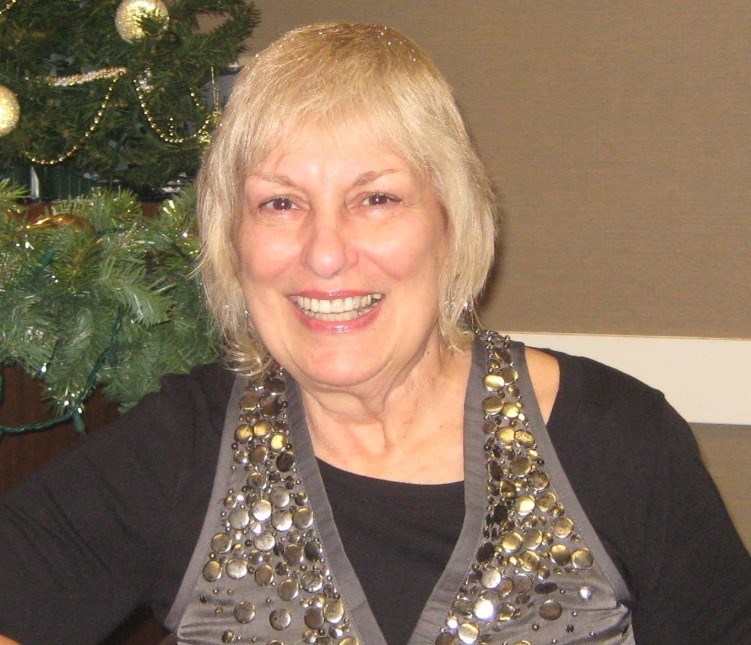 Joanne Caristo Allsop passed away on January 14, 2023 at the age of 82 after courageously living with Parkinson’s Disease for many years. Born and raised in Quincy, Massachusetts, she was the daughter of John and Adelaide Caristo, and sister to Janet Caristo-Verrill of Wayland, MA. The girl from West Quincy met the love of her life — Earl Allsop of Hough’s Neck — as high school sweethearts. Married for 53 years, they started dating as students at Quincy High School, where they developed lifelong friendships within the Class of 1957. At Quincy High, she was Class Treasurer, a Cheerleader, and voted Most Popular by her classmates. Joanne graduated from Quincy City Hospital School of Nursing, with many close friends she stayed in touch with throughout her life. Her career as a Registered Nurse spanned 40 years beginning in Quincy, and later at Jordan Hospital in Plymouth, Mass, where she served for many years in supervisory nursing roles. Her four daughters were born in Quincy, but raised in Duxbury, MA. Susan (Michael) Pierter of Portland, ME, Lauren (Michael) Hogan of Alpharetta, GA, Jan (David) Hudlin of Portsmouth, NH, and Denine (Stephen) Leeman of Scarborough, ME, spent lots of time at the Kingsbury Tennis Club, four-wheeling on Duxbury Beach, or sailing in Duxbury Harbor. Joanne and her family vacationed for many years at Point Sebago on Sebago Lake, and spent many wonderful days on Old Orchard Beach at the Seascape condominium she and her husband bought to be closer to many of their grandchildren. She also organized a special family trip with children and grandchildren to Captiva Island. She traveled extensively with her husband throughout the U.S., including Alaska. Both thoroughly enjoyed a special trip traveling throughout Italy in their later years. She attended Super Bowl XLIX and saw her favorite professional football player Tom Brady and the New England Patriots win in Arizona against the Seattle Seahawks. She was proud of her Italian heritage, and her children were greeted home from college and for the holidays with pasta and a pot of sauce. She loved the holidays, but especially Halloween, and was known in her Duxbury neighborhood for passing out an extensive selection of goodies. Grammy JoJo will be missed by her grandchildren: Mitchell Pierter and his wife Kasey, Max Pierter, Lindsay, Kelly, and Catherine Hogan, Matthew and Andrew Hudlin, Alexandra Ray, and Brooke and Victoria Leeman. She was predeceased by her parents, and grandson Michael Hogan, Jr. Her daughters are grateful for the staff at Oceanview assisted living facilities in Falmouth, Maine, for their caring and compassionate care in the past couple of years. A Mass of Christian Burial will be celebrated Thursday, February 9, 2023 at 11AM at Holy Family church, 601 Tremont Street in Duxbury, MA. Burial to follow at Mayflower Cemetery in Duxbury next to her husband, who died in 2013. Donations in her memory can be made to the Michael J. Fox Foundation for Parkinson’s Research at michaeljfox.org. Fond memories and expressions of sympathy may be shared at www.jonesrichandbarnes.com for the Allsop family.
See more See Less

In Memory Of Joanne E. Allsop

Send flowers in the next 7 hours for guaranteed delivery.