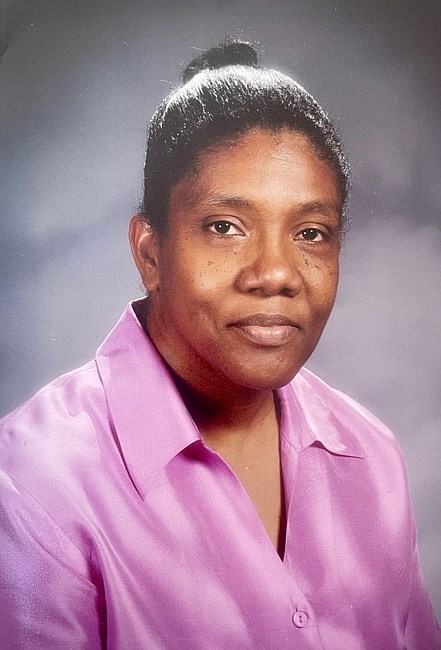 Along the sands of time, there have been faithful figures of God’s image. Una “Bena” Leviene Henderson, age 62, died on February 14, 2022, from complications, ten days after having the “Whipple” surgery for pancreatic cancer at Stanford Hospital in Palo Alto, California, USA. Una made her dramatic entrance on November 26, 1959. She was the second of two girls born to the proud parents of Edgar and Frances Henderson in the island of Jamaica, West Indies. After graduating from the University of the West Indies with a B.A. degree with honors in the Arts (English, French, Spanish), she worked first in Jamaica as an international translator for UNESCO (United Nations, Education, Scientific, and Cultural Organization). Later, deciding teaching was her passion, she attended Mico University Teacher College and then taught for over ten years before migrating to the USA. In the USA, she taught at Live Oak and Pioneer High School, with the last 20 years being at Andrew P. Hill High School. First, teaching French, then IB Spanish. She was a passionate and dedicated teacher, teaching each student as if he or she were her child. Una completed her Master's Degree and obtained the CLAD (Cultural, Language, and Academic Development) certificates, representing the East Side Union High School District in San Jose. Humbly, she accepted the California Teacher of The Year award in 2018. Among the many honors she held, the dearest was being a child of God, loving the Lord, and her neighbors. Una has touched the lives of hundreds, if not over a thousand students during her 35 years of teaching. However, most important to her was Jesus Christ, who provides everlasting life to all. Una leaves behind her son Theodore “TK,” sister Veronica “Auntie P,” niece Allyson “Ally Bally,” daughter-in-law Sarka “Sari,” and loved ones. She was passionate about spreading the good news of the everlasting gospel to everyone she met, handing out glow tracts, bible markers, and amazing facts magazines. Una loved flowers, of all types, with yellow being her favorite color. Hobbies included listening to and singing gospel music at the top of her lungs (for example, Sandi Patty), listening to opera, reading, crocheting, knitting, sewing, exercising, attending ballet performances, and plays, watching Jeopardy, Wheel of Fortune, 25 Words or Less and true-to-life movies. Una “Bena” “Mamacita” “Senora Maestra” Henderson, mother, sister, aunt, cousin, niece, friend, and teacher, will be missed but never forgotten. She remains indelible in our hearts, thoughts, and minds. We will endeavor to emulate Una’s life; a life well lived to the glory of God. Una frequently would say at the end of the day, “I hope I represented you well today, Lord.” We can proudly and confidently say, “Una, you DID represent God, well, good and faithful servant. Until we meet again. Amen.” Family and friends are invited to attend the funeral service, which will be held at Cambrian Park Seventh-day Adventist Church, 5265 Carter Avenue, San Jose, CA 95118 on March 13, 2022, from 12-3 pm. Interment will be held at Oak Hill Memorial Park, 300 Curtner Avenue, San Jose, CA 95125.
See more See Less

In Memory Of Una Leviene Henderson