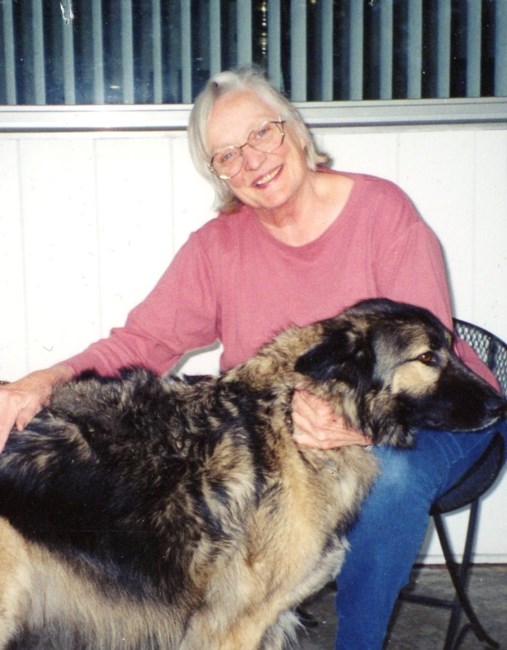 Forever In Our Hearts Carolyn Hocker Enloe was born in 1932 as a preemie of only 4 lbs. She was the daughter of Carolyn H. Vickrey and stepdaughter of John F. Vickrey. She was an eternal optimist and a perpetual Presbyterian, which she learned from her mother. Carolyn flunked out of University of Michigan twice, due to playing bridge and cutting class. She then joined the Army and was Acting Cpl Cadre in Basic training. She joined the Navy Nurse Corps LtCdr and sent her two cats to live with her parents for a year while she was in Vietnam. Carolyn always looked great in her red lipstick. She loved a great cocktail and smoked in the fifties. She could be seen in her convertible 914 Porsche with an Old English sheepdog cruising down the freeway. She had dental braces and her Master’s in her 40’s. Carolyn was a faculty member of the University Of Washington School Of Nursing. She was a complaint Investigator for nursing homes and DSHS and participated in Red Cross Disaster Relief in two venues. She spent countless hours volunteering at Woodland Park Zoo and took a trip to Africa to see the critters. Carolyn lived in a little old house on a big lot with trees and always a big dog. She sewed, quilted, gardened, and was an adventurous cook. For three little girls growing up in Victorville, she was always an inspiration, a fascination, and whether she knew it or not, a mentor. Carolyn was fearless, wise and independent, and always had done things her way. Carolyn is survived by her brother Prof. Jack Vickrey of Pennsylvania; nephews Gary A Drake of Colorado, Glen Drake of Wisconsin; four nieces Carolyn Racine of Illinois, Rosemary Walden of Oregon, Roberta Ramirez of Oregon, Roxanne Staff of Oregon; and honorary grandsons Jakob and Diego Alcaraz of Washington. Services will be scheduled at Tahoma National Cemetery at a soon to be determined date.
See more See Less

In Memory Of Carolyn Hocker Enloe