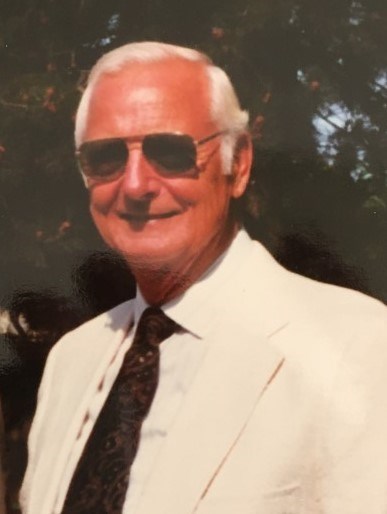 Forever In Our Hearts Philip Gregersen, 96, passed away peacefully in his sleep in the early hours of Friday, July 29, 2022 at the Caroline Kline Galland Nursing Home / Hospice Care in Seattle, WA where he resided for less than a year. Philip was born in 1926, the youngest of ten children. He married the love of his life, Beverly, in 1949 and together they forged a life filled with family, love and care. Philip lost Beverly in 2013 and missed her every single day since. When he knew his final days were near, his face would light up with the thought of finally seeing her again. Together Philip and Beverly raised seven children and welcomed into their home an additional five foster children. Their door was always open. Philip’s love and dedication to family and God is evident in the incredibly close-knit unit his family became – a gift from God happily delivered with open arms. He served proudly in the Navy during World War II on the USS Winged Arrow as a Radioman 3rd Class. He had his own construction business for many decades in Seattle and was featured in several local and national magazines. Even in his nineties he could be found in his shop crafting furniture. Coffee tables, cabinets, end tables - you name it – he could build it. And he did. He loved to sit in his shop and breathe in the scent of fresh cut wood. We love you Pops and miss you already, but we know you are finally at peace. Now you can walk alongside loved ones you’ve missed so much and be in the company of the finest Carpenter of them all. Philip is preceded in death by Beverly (2013) and son Mark (1995). He is survived by Terry (Tina) Gregersen of Shelton, WA; Steven (Mary) Gregersen of Mt. Vernon, WA; Scott (Mary) Gregersen of Kenmore, WA; Todd (Carol) Gregersen of Bothell, WA; Jan (Paula) Gregersen of Shoreline, WA; and Tami (Bill) Gregersen-Morash of Wenatchee, WA; twenty grandchildren and twenty-eight great grandchildren. Funeral services will be held at Evergreen Washelli Funeral Home in Seattle, WA on Tuesday, August 9, 2022. Viewing will be available between 10-11am. Funeral services will commence at 11:00am with reception following. Interment 2:00pm
See more See Less

In Memory Of Philip Archie Gregersen