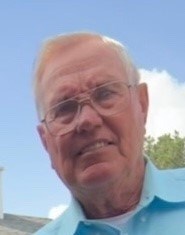 Warren Freeman McKenzie, 81, of Staunton, passed away on Friday July 29, 2022 at his residence. Warren was born on May 27, 1941 in Upper Glade, West Virginia and was a son of the late Daniel Freeman and Arlene (McAvoy) McKenzie. After his service in the United States Navy, he worked for Southwestern Life Insurance Company and was transferred to Staunton. Later, Warren went to work for Western State Hospital as a Boiler Technician for many years prior to his retirement. He loved to hunt, fish and play golf. He also enjoyed farming and raising a garden. He was a member of Mint Spring United Methodist Church. On June 16, 1968 he married the former Betty Jean Martin who survives. In addition to his wife, Warren is survived by his step sons: Howard Custalow Jr.,(Teresa), Rick Custalow (Yvonne) both of Sandston, VA; sisters: Beatrice McKenzie and Beverly Maul; grandchildren: Tiffany Redman (Malik), Ryan Custalow (Ashley), Josh Custalow (Monika), Sarah Walker (Ross), Krystal Critcher (Bobby), Zach Custalow; thirteen great-grandchildren; and a number of nieces and nephews. Warren was preceded in death by his sister Bernice Lingerfelter, his brother Paul McKenzie and a grandson Cameron Custalow. A Celebration of Life Service will be held on August 27, 2022 at 2 p.m. at Mint Spring United Methodist Church with Pastor Deb Washer officiating. In lieu of flowers, the family requests all memorial contributions be made to Mint Springs United Methodist Church or City of Staunton Fire Department or Staunton Augusta Rescue Squad. Those wishing may share a memory or an online condolence by visiting www.reynoldshamrickfuneralhomes.com Arrangements entrusted to the Staunton Chapel of Reynolds Hamrick Funeral Homes.
See more See Less

In Memory Of Warren Freeman McKenzie