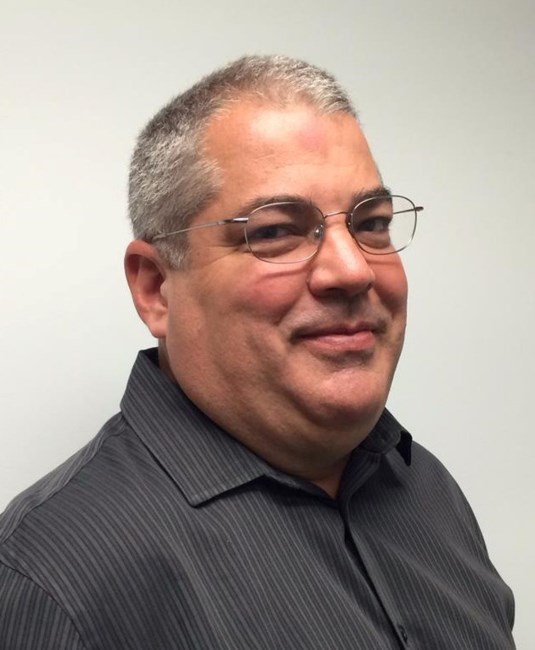 On Saturday, September 7, 2019, Timothy (Tim) J. Sullivan, a loving husband, brother, uncle, nephew, cousin and friend, passed away at age 55. Tim was born on August 5, 1964 in Milford, CT to Robert and Marguerite (Montella) Sullivan. He graduated from Notre Dame High School in West Haven, CT in 1982 where he was very involved in the Drama Club. He received a BA degree in Business Administration from the University of Southern California in Los Angeles, CA in 1987, and worked at American Airlines for the last 30 years. He was a friend, partner and devoted husband to Robert (Bobby) Goodrich for 23 years. Tim had a passion for helping others and was always there for his family and friends. He was known for his quick wit, an infectious laugh, and his impish ways. Tim enjoyed visiting Disneyworld with family and friends. Tim was preceded in death by his father, Robert, and his mother, Marguerite. He is survived by his husband Bobby, his brothers Robert and Thomas Sullivan and his sisters, Maureen Sullivan and Meg (Sullivan) White as well as many cousins, nieces, and nephews. A funeral service will be held on Friday, September 13th, 2019 at the Aycock Funeral Home Young & Prill Chapel, 6801 SE Federal Hwy, Stuart, FL at 5 o’clock p.m. A second viewing will be held there on Saturday, September 14th, 2019 at 10 a.m. to 12 p.m. with a reception immediately following for family and friends at the Pine Lake Gardens Clubhouse #2, SE Sweetwood Way, Stuart, FL.
See more See Less

In Memory Of Timothy Joseph Sullivan