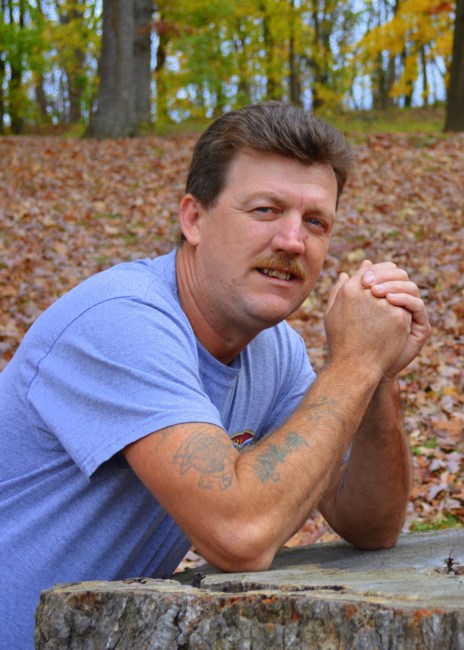 Brian Keith Gilkison, 46, went to be with the Lord on December 9, 2016 at his home. Brian was born on January 15, 1970 in Tollesboro, Kentucky to William and Anne Gilkison. He is preceded in death by his father, William Gilkison and sister, Deborah Gilkison-Weeks. His interests include fishing, camping, cooking, spending time with friends, his boys, grandkids and family. Brian is survived by his mother, Anne Gilkison; fiancée, Treena Waggy; children, Brian Gilkison, Jr. and wife, Heather, David Gilkison, Michael Woodson and Amanda Waggy; brothers, Joey Gilkison and wife, Paula, Robert Gilkison and William Gilkison, Jr. and wife, Sandy; sisters, Faye Lee and husband, Terry, Penny Revis and husband, Harold, Peggy Gilkison and Melissa Howell and husband, Kenneth; grandchildren, Kaelyn, Wyatt, Boston, Kylie, Paige and Kaiden. Along with many nieces and nephews. The family will receive friends at the Stuarts Draft Chapel of Reynolds Hamrick Funeral Homes on Monday, December 19, 2016 at 6:00 p.m. until 8:00 p.m. Arrangements have been entrusted to the Stuarts Draft Chapel of Reynolds Hamrick Funeral Homes. Relatives and friends may share condolences and memories with the family online by visiting www.reynoldshamrickfuneralhomes.com

In Memory Of Brian Keith Gilkison