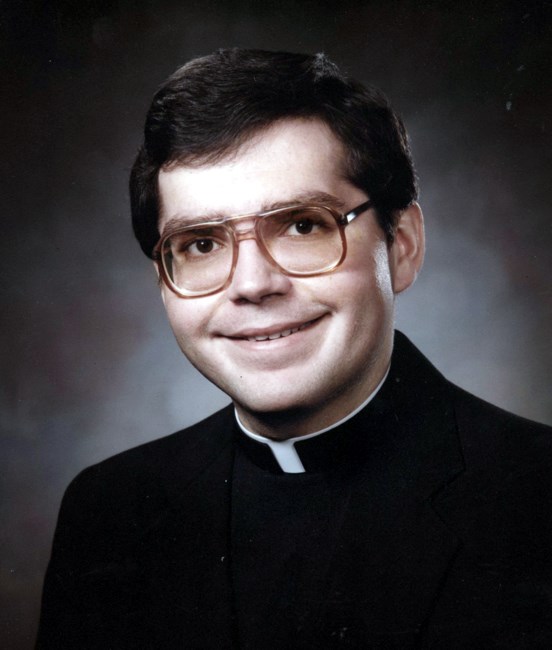 The Reverend Canon Ted Jay Monica transitioned from sales to management on Sunday, June 5, 2022, in Tallahassee, Florida. “If we live, we live in the Lord. If we die, we die in the Lord. Whether we live or die, we are the Lord’s possession” Ted was born in Watertown, New York, on March 24, 1959 to Rosemarie Shirley Lavere Monica and Oliver John Monica. Ted graduated from IHC in Watertown, New York, Wadham’s Hall in Ogdensburg, New York, and Christ the King Seminary in East Aurora, New York. Father Ted was installed at Holy Comforter Episcopal Church and School in June 2009 and retired in December 2015. Ted was preceded in death by his mother, Rosemarie Shirley LaVere Monica, his father, Oliver John Monica, and his brother, John Lawrence Monica. Ted is survived by his wife, Lynn Caley of Tallahassee, Florida; siblings Mary (Ray) Carley of Adams, New York, Mark (Penny) Monica of Syracuse, New York, Tammy (Tony) Pecori of Watertown, New York, and Billy (John) Monica of Watertown, New York; mother-in-law Freda Caley of Tallahassee, Florida; sisters-in-law Lisa (Eric) Wirick of Tallahassee, FL; and Ann Chevalier of Ruskin, Florida; several nieces, nephews, and cousins. To know Father Ted was to know God’s love for us. So, for friends, family, neighbors, parishioners and students reading this, know that Ted loved you wholeheartedly and unconditionally and that we may honor Ted’s memory by loving one another as God loves us. Funeral Services will be at 1:00PM on Saturday, June 25, 2022, at Holy Comforter Episcopal Church in Tallahassee, Florida. Per Ted’s wishes, a Memorial Service will be held in Watertown, New York, at a future date and place to be determined, “to get their collective behinds to church.” In lieu of flowers, memorial contributions may be made to Holy Comforter Episcopal Church at 2015 Fleischmann Road, Tallahassee, Florida, 32308
See more See Less

In Memory Of Ted Monica