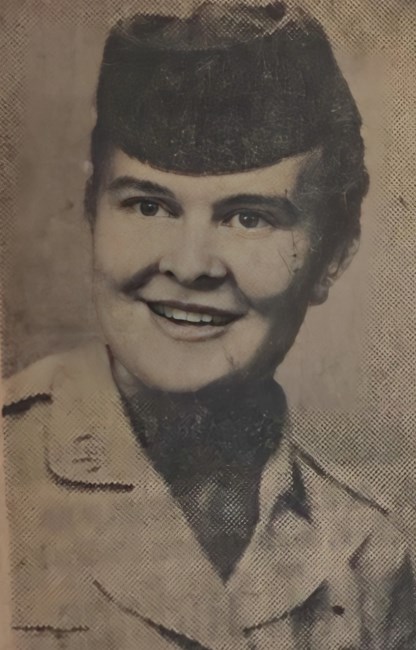 Doris Jean Karekos, née Fox, peacefully passed away during the evening hours on May 3, 2022, surrounded by her family. Part of “The Greatest Generation,” Doris was born on January 24, 1937, in Philadelphia, Pennsylvania. She called Tampa her home for nearly six decades, where she faithfully served in the contracting division of the United States Air Force at MacDill Air Force Base. Prior to her service at MacDill, Doris served at Duke Field, located just east of Eglin Air Force Base. She was the first female servicewoman stationed there in 1956-1957, and was instrumental to our military’s initial research and development of drones. A true matriarch of a longtime Tampa family, Doris is survived by her husband and fellow airman, Stephen “Steve” Karekos, Sr., who served at her side at Eglin, and remained at her side through sixty-six years of loving marriage. Doris and Steve were blessed with four children, Wendy (Sheldon) Newman, Stephen “Steve” Karekos, Jr., Julie (Denny) Cherry, and Tracy “Kenny” Karekos, each of whom were raised in their South Tampa home, which they purchased in January of 1973, and called home ever since. While Tampa was always Doris’s true home, she called Murphy, North Carolina, her second home, where she kept a family cabin with Steve, Sr., enjoying countless evenings taking in the resplendence of the Appalachian Mountains. She was a lifelong member of the Republican Party, and enjoyed following the Tampa Bay Rays nearly as much as she did politics. Doris was also a lover of animals, having adopted several rescue dogs and cats into her loving home, most recently her dog, Daisy, and cat, Boots. In addition to her children, Doris is also survived by her six grandchildren Clinton “Clint” Newman, Shelby (Brian) Carrero, Summer (Frank) Moya, Stevi (Joshua) Barton, Nicky Newman, Riley Karekos, and eight great-grandchildren Colton Carrero, Brantley Carrero, Charlotte Moya, Penelope Moya, August “Augie” Moya, Lucas Barton, Dylan Barton, and William Barton. Doris will be forever remembered by all for her soft spoken, yet quick wit, as well as her patriotism, kindness, selflessness, and unconditional love for her family. The family asks that you please join them at Blount & Curry Macdill, 605 South MacDill Avenue, on Friday, May 13, 2022 for a gathering from 10am to with a celebration of life to follow at 10:30am to wish Doris “Fair Winds and Following Seas.” Thereafter, Doris will be interned at Bay Pines National Cemetery at 1pm, where she will be formally honored for her military service. The family asks that donations be made in Doris’s honor and memory to the Humane Society of Tampa Bay in lieu of flowers.
See more See Less

In Memory Of Doris Jean Karekos