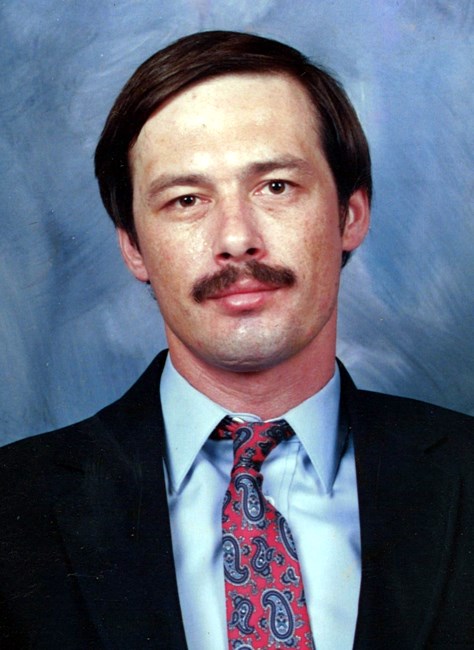 On September 1st, 2022, Randel (Randy) Scott Berndt was set free from the metal wheels that bound him to this earth. Randy was born to Harold Douglas Berndt and Doris Irene Berndt on December 22, 1956, in Grand Junction, CO. He lived most of his life in Temple, TX, and graduated from Temple College in 1986. He was employed by the National Resource Conservation Service (NRSC) shortly thereafter where he remained a dedicated employee for over twenty years. Honored for his work, he was awarded “Outstanding Handicap Employee of the Year in Texas” and attended a ceremony at the U.S. White House in Washington, D.C. in 1988. He was preceded in death by his father, Harold Berndt, in 2019. Uncle Randy is survived by his beloved family, including his great-nieces and great-nephews: Isabella Harris, Lennon Berndt, Braylee Williamson, Zoie Hernandez, Breesa Hernandez and Joseph Hernandez, his nieces and nephew: Amanda Hernandez, Christina Williamson, Jason Berndt and Kaleigh Harris, and his aunts: Debbie Braziel, Denise Sutton, Becky Greenfield and Pat Beavers. His affection for his family was immeasurable. His loving mother, Doris Berndt, and his siblings, Steven Berndt and Kim Harris, mourn with them, along with Wendy Henke. He impacted many people with his generosity. As any Bum’s waitress will attest to, he was the best tipper in town. He enjoyed telling elaborate corny jokes and supported many local musicians and bands. Roger Duncan’s Band’s version of “These Boots are Made for Walking” was his all-time favorite. Randy treasured all things relating to space and exploration travel. One of his lifelong dreams was fulfilled by being invited to attend the Colombia Space Shuttle launch at JFK Space Center in Florida in November 1996. He spent numerous years at the Greiner place working and supporting the Fourth of July shows in Rogers, TX to the delight of us all. He enjoyed history and collected arrowheads and artifacts filling his house with many eclectic curiosities. Often, when people visited, he would show these items and educate people on their historical importance. He was an avid pool player, traveling to Las Vegas for APA National team tourneys and competing in the wheelchair competitions there as well. “Hot Wheels”, as he was known by many, adored all his APA teams and the many teams they competed against. His team Tuca Chin Chilla (AKA Fluffy Bunny Feet) held a special place in his heart. Many players came and went on this team, and he loved you all. You guys know who you are. He rescued and fostered many cats over the years giving them better lives along the way. Gardening was a passion and he enjoyed tending and sharing his bounty. Randy was a fantastic cook and spent hours in the kitchen preparing dinners for his family and friends. Even now, people are messaging and remembering a meal they shared because of his expertise. Fried turkey will never taste the same again. Randy was a lifelong Temple Wildcat fan and rarely missed listening to their games on Friday nights. One of his greatest gifts ever was the day the Wildcats won the state championship on his birthday in 1979. A special thanks to Shane Sutton for being with Stephen during Randy’s final moments. Services will be at Scanio-Harper Funeral Home on Saturday, October 8th with family visitation to begin at 1 pm and the service will start at 2 pm. In lieu of flowers, please donate in his name to The Christopher and Dana Reeve Foundation. This organization is dedicated to curing spinal cord injury by advancing innovative research and improving quality of life for individuals impacted by paralysis. https://www.christopherreeve.org/donate Christopher & Dana Reeve Foundation 636 Morris Turnpike, Suite 3A Short Hills, NJ 07078
See more See Less

In Memory Of Randel Scott Berndt

Send flowers in the next 22 hours for guaranteed delivery.