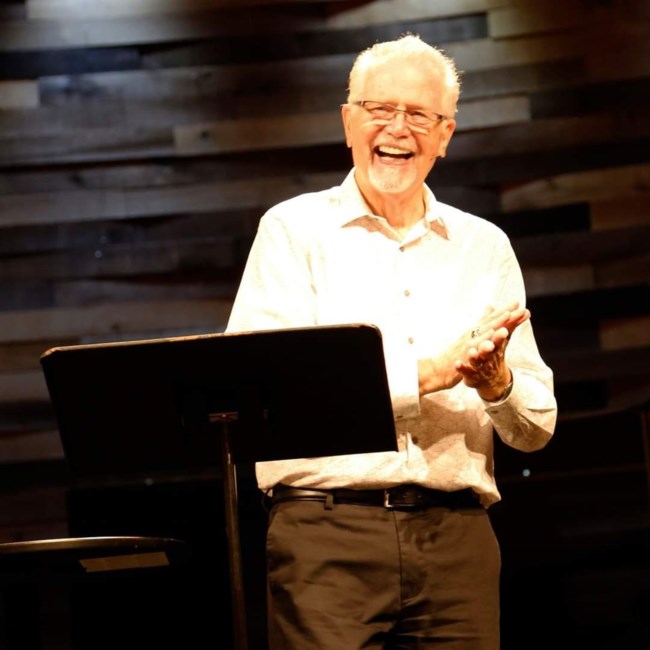 Gary Lee Archer was born to Lee and Neoma (Peggy) Archer in Lancaster CA on December 6, 1939. Gary was one generation removed from being born an “Okie,” as Lee and Peggy were both born in Oklahoma. Later, Lee moved his wife and his parents to Lancaster in the ‘30’s. Gary grew up with his brother’s Ron, Tim and Steve in the high desert of California, living in Lancaster, Palmdale, Trona and Mojave where Gary’s father planted and pastored several churches. In 1955, just prior to Gary’s junior year of high school, the family moved north to Sonora, CA, to another church, then onto Turlock during Gary’s senior year of high school. In high school, Gary played trombone in the marching band and a brass ensemble, and also ran track and played basketball. After graduation, Gary moved to Santa Cruz where he attended Bethany Bible College - affectionately referred to as “Bethany Bridal College” - where he met a worldly, blonde bombshell named Sharon Ruth Boyd. Gary, the almost Okie, was immediately smitten by the cosmopolitan Army Colonel’s daughter. The couple were eventually married in 1961 in San Pedro, CA. During Gary’s time in college his baby sister, Janice Renee, joined the family. It was during this time in Gary’s life that he also sang and traveled the country with the Waymakers, The Claiborne’s and the Golden State Quartet - sharing the stage at times with the likes of the Oakridge Boys, The Blackwood Brothers and The Statesmen Quartet. After his time on the road with the various quartets, Gary hit the road again, this time as a traveling evangelist, ministering in word and song along with his wife, Sharon, in various churches throughout northern and southern California. It was during this time that Gary and Sharon’s oldest son, Gary Scott, came along. Scott was born “on the road” in 1964 in Reedley, CA, spending some of his first nights in the drawer of a hotel room dresser. Eventually, Gary, Sharon and Scott settled in San Pedro, CA, where Gary served as the associate pastor at First Assembly San Pedro for three years. In 1968, Gary and Sharon accepted the call to their first pastorate at Bethel Temple in Bakersfield, CA. That same year, their second son, Mark David, joined the family. Then, in 1972, the young family moved to Alhambra, CA, where Gary was the Associate Pastor at Bethany Church, and a partner in California Gospel Enterprises - a talent management agency for Christian recording artists including The Archers and Andre Crouch and the Disciples. From Alhambra, and after a brief stint in Santa Ana, CA, the family moved to Ventura, CA, where Gary and Sharon pastored Ventura First Assembly of God for more than fifteen years. During this time, in 1978, the youngest member of the family was born, Sean Edward, thirteen years after his oldest brother, Scott. Ventura became the “hometown” for the Archer family - Scott and Mark graduating from Buena High School, and Sean making his way through Balboa Middle School during their time in Ventura. Gary became a leader in both the church and civic communities, serving as a Rotarian and as a catalyst for pastoral and church unity and interaction across denominational lines. Additionally, Gary and Sharon had the opportunity to travel to Europe on two different occasions ministering the gospel in word and song. In 1991, Gary and Sharon wrapped up their time in Ventura, eventually finding their way to Orange County, where Gary pastored Grace Christian Fellowship. He later served on the staff at Vanguard University in Costa Mesa for eleven years as the Director of Church Relations. While in the O.C., Sean graduated from high school, and Sharon began a career in Real Estate. Gary and Sharon’s journey came full circle in 2010, when they moved back to Ventura to join the staff at Ventura Missionary Church, where he served as the Pastor to seniors until his passing. Gary is survived by his wife of 58 years, Sharon, His son, Scott and his wife, Rhonda, his son, Mark and his wife, Melanie, and his son Sean and his wife, Samantha. Gary leaves behind seven grandchildren - Scott and Rhonda’s children, Karisa and Kyle Archer, and Kyle’s wife, Makena, Mark and Melanie’s children, Jordan and Jessica Archer, and Sean and Samantha’s children, Mason Scott and his fiancé, Nicole Leonard, and Clayton and Ella Archer - and one great grandchild, Mason and Nicole’s son, Grey. Gary also leaves behind three brothers - Ron, Tim and Steve, and one sister, Janice. Gary’s life was filled with love, laughter, family, music and ministry. He will be greatly missed by all who knew him, as we anticipate our reunion with him in the kingdom of God.
See more See Less

In Memory Of Gary Lee ARCHER