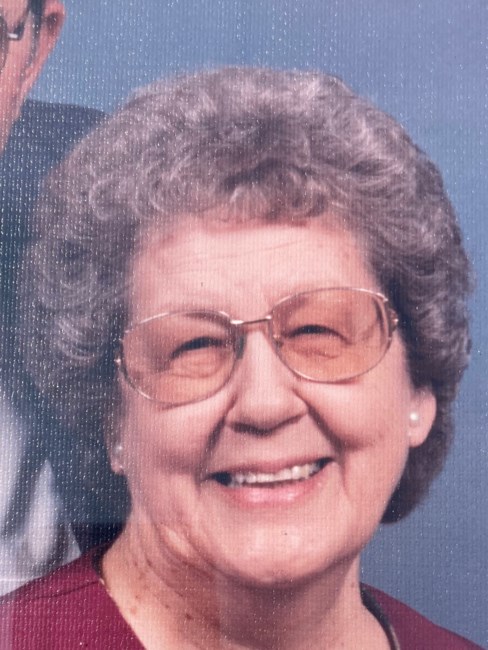 Leatrice Clautte (Johnson) Hayes, 88, of Fort Defiance, passed away on September 14, 2022. Born on March 23, 1934 in Wise Virginia, she was the daughter of the late Richard Johnson and Mabel (Lovell) Johnson of Wise, Virginia. She graduated from Wise High School in 1952. Leatrice worked as a secretary for an internist for many years and later worked at Franklin Square Hospital, in Rosedale Maryland as an EKG Technician. Leatrice was married to her loving husband, John Hayes for over 66 years upon his passing in 2020. She was a loving wife, mother, grandmother, great-grandmother, daughter and sister. She attended and volunteered at multiple churches through the years; teaching Sunday school and helping organize vacation Bible School for children in local communities and loved to sing old hymns. She will always be remembered for her dedication she had to her family and the help she gave to so many others through the years. In addition to her husband and parents, she was preceded in death by her granddaughter Julia Hayes; 4 Brothers, Malcom Morrell Johnson, Richard Victor Johnson Jr., Henry Jack Johnson, Joseph Keith Johnson; 4 Sisters, Estelle Mamie Johnson Varner, Willie “Bill” Gaynette Johnson, Julia Wahtonna Johnson Dameron and Minnie Watha Johnson Archer. Left to cherish her memories are her sister, Glenda Johnson Sluss of Coeburn, VA; three sons, Randal Hayes of Stewartstowne, PA, Jason Hayes and wife, Diane of White Marsh, MD and Anthony Hayes of Fort Defiance; two grandchildren, Jeff Hayes and wife, Yvonne of Monks Corner, SC; Craig Hayes of Parkville, MD; one great-grandchild, Briana Hayes of Monks Corner, SC and many nieces and nephews. A graveside service will be held on Wednesday, September 21, 2022 at 11 AM at Augusta Memorial Park with Pastor Paul Collins officiating. There will be no formal viewing or visitation at the funeral home. Arrangements entrusted to the Waynesboro Chapel of Reynolds Hamrick Funeral Homes.
See more See Less

In Memory Of Leatrice Clautte Hayes