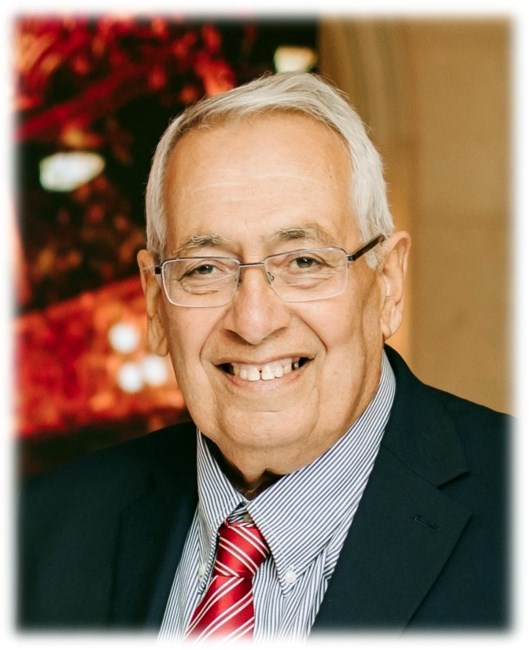 Atef was born on February 17, 1947 to Nassif Kamel and Marie Anise in Cairo, Egypt where he grew up. He was the oldest of four children - Eva, Magdy and Medhat. In 1970, he received his Bachelor’s degree in Mechanical Engineering from Ain Shams University. A year before his graduation, he met Mervat “Mimi” at the YMCA. It was love at first sight. Their mutual love for ping pong brought them together and continued on for a lifetime. He was enlisted in the Egyptian army immediately after graduation to complete his military service. On May 16, 1974, Atef and Mimi were finally married. They were blessed with 2 children - Sameh and Mira. On July 11, 1989, the family immigrated to the United States to pursue the American dream and build a better future. He worked many odd jobs and struggled to make ends meet to provide for his family. One day in 1998 the Lord opened the door for Atef to start his own business and thus American Glass Industrial was founded. While customers kept coming for the exceptional service, it was the personal relationships that mattered most to him. As a faithful Christ follower, his top priority in life was serving his Lord and Savior which dictated all his thoughts and actions. From his early childhood, he attended Sunday School and studied the Bible. Over the years, he grew deeper in his love for the Lord. There wasn’t a day that went by without him reading, listening to sermons and spending time in prayer. His greatest joy were his grandchildren whom he cherished. A devoted husband, father and grandfather, Atef will be forever missed. His love for the Lord and his generosity to those in need will live on through the legacy he leaves. A funeral service for Atef will be held Sunday, September 25, 2022 from 12:00 PM to 1:30 PM at St. Pope Kerollos VI Coptic Orthodox Church, 8642 Westminster Ave., Westminster, CA 92683. A burial service will occur Sunday, September 25, 2022 at Westminster Memorial Park, 14801 Beach Blvd., Westminster, CA 92683. A reception to follow will occur Sunday, September 25, 2022, at St. Pope Kerollos VI Coptic Orthodox Church, 8642 Westminster Ave., Westminster, CA 92683. Fond memories and expressions of sympathy may be shared at www.westminstermemorial.net for the Kamel family.
See more See Less

In Memory Of Atef Kamel