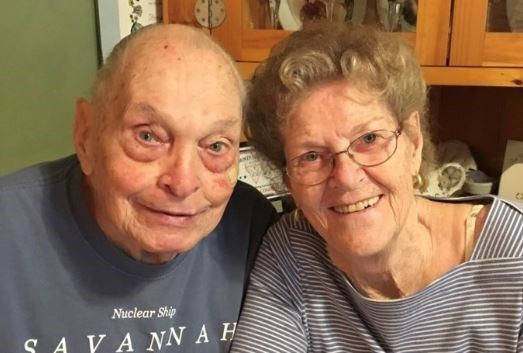 Walter Henry Baunack, age 91 of Galloway, NJ, passed away peacefully on August 5, 2022 at his home. Known as “Walt” to his friends and family, he was the beloved husband to Edythe, or “Dee” as he called her, for 61 years before she passed in July 2021. Walt was a devoted father to Rick (Sandi) Baunack and Tracey (LeRoy) Huster and a caring “Opa” to Katie, Ricky, and Brandon Baunack and Tara, Christopher, and Matthew Huster and also to his great-grandchildren, Kylee, Rylee, and Carter. Walt was born in Brooklyn, NY and was the only child of German immigrants, a heritage he proudly embraced all his life. He married his wife, Dee, in 1959 and loved her dearly all his life. Walt went to Kings Point Merchant Marine Academy where he graduated in 1954. He went on to work as an engineer on the Gulf Prince for 9 years, followed by working as an engineer, including Chief Engineer on the NS Savannah, which was the first nuclear merchant marine ship. Walt worked for the Nuclear Regulatory Commission as a nuclear reactor inspector from 1972 until he retired in 1993. Walt loved his time on the ships, especially the NS Savannah, and had many wonderful memories that he would share with his family over the years. Walt loved being on or around the water and owned a boat and homes on the water for much of his adult life. After retirement, Walt and Dee enjoyed living in Cape Coral, FL for 13 years before moving back north to Galloway, New Jersey to be closer to their children and grandchildren. Services will be private. Anderson & Campbell Funeral Home, 115 Lacey Rd. is in charge of the funeral arrangements. In lieu of flowers, please consider a tax-deductible donation to the US Merchant Marine Academy Alumni Association and Foundation in memory of Walter Baunack '54 . Please make your check payable to "USMMA AAF" (Tax ID # 11-6037948) with Walt’s name in the memo section. Donations can be mailed to: USMMA Alumni, 300 Steamboat Road, Kings Point, NY 11024; or made online at www.usmmaalumni.com/donate.
See more See Less

In Memory Of Walter H. Baunack