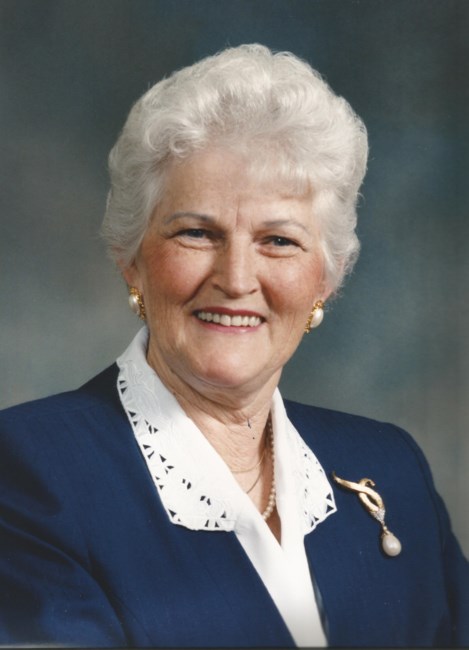 Margaret (Janz) Epp, nee Rempel met her Lord in heaven in the early hours of July 31,2022, shortly before her 96th birthday. Margaret was born in Marienthal, USSR on August 20, 1926, the fourth child of seven to Henry and Agatha Rempel, and had a hard early life under Stalin’s reign. During the war, she, as well as her mother, Agatha Rempel, and remaining siblings, Alfred, Herman, and Erica were able to escape through Poland, Germany and Holland. There they were sponsored by the MCC to emigrate to Yarrow, BC. She was 19 years old. They soon moved to Vancouver and she met her first husband, John Janz. They renovated and built houses in Vancouver and had two children there, John and Marilyn. The next move was to a dairy/raspberry farm (1958) in the Sumas Prairie and there had a third child, Connie. John died young and suddenly in 1984. Widowed for many years, Margaret was very active in her church, Sevenoaks Alliance. She also loved cooking, baking, sewing, gardening, knitting and crocheting. On August 23, 2001, she married Orlando Epp. He was a wonderful husband, stepfather and grandfather. They traveled, cruised, played many games of cards and were very social and active in their church community. She volunteered constantly at the church and in Garden Park Tower, where they lived. Due to declining health, both Margaret and Orlando moved to the Menno Hospital in 2018, where they were able to share a room. They made each other very happy through sickness and health until Orlando’s passing on March 19, 2022. Margaret will be lovingly remembered by her children: John (Laura) Janz, Marilyn (Robert) Fletcher, and Connie (Cliff) Siebert. Grandchildren Tanya Janz, Ryan Webber, Amber Webber, Ashley Webber, Nathanael (Taylor) Siebert, Rachel (Justin) Lefebvre, Matthew Siebert. Greatgrandchildren Jeffrey Janz, Jordan Janz, Joshua Janz, Jaxon Lefebvre, Wyatt Lefebvre, Ezra Lefebvre. Extended family: stepson Jerry (Bev) Epp, stepdaughters Gail Dufault and Sheri Lynn (Lloyd) McGovern, stepdaughter-in-law Donna Epp. Stepgrandchildren: April Epp (Derek Molter), Kim (Kyle) Gallant, Lee Epp, Melissa Epp (Danny LaPlante), Steff (Brett) Legault, Corey (Ryan) Watson, Megan (Craig) Billay, Malory McGovern (Matt Link), Jessica McGovern (Kevin Parker). There are also numerous great-stepgrandchildren. Margaret was predeceased by her parents, her six siblings, her first husband of 34 years, John Janz, and her recent husband of 21 years Orlando Epp. She was an incredibly strong woman and is the last of an era. Fond memories and expressions of sympathy may be shared at www.woodlawnfh-abbotsford.com for the Epp family.
See more See Less

In Memory of Margaret Epp