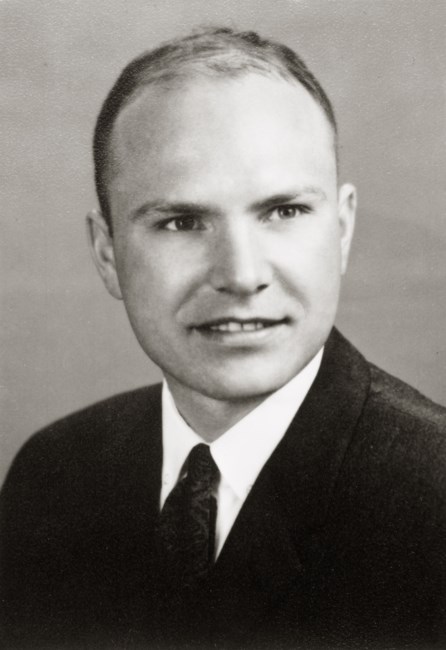 Jeremiah George Turcotte, M.D., University of Michigan Professor Emeritus of Surgery, died peacefully at age 87 on February 12, 2020, in Ann Arbor, Michigan. Jerry was born on January 20, 1933, in Detroit to Margaret Campau Meldrum and Vincent Joseph Turcotte, Sr., M.D. He graduated from De La Salle Collegiate as valedictorian in 1950. At Michigan, he earned his B.S. with high distinction, Phi Beta Kappa, Phi Kappa Phi, receiving the Phi Sigma Award. He earned his M.D. cum laude as president of the class of 1957, receiving the Oreon E. Scott Award. A true Michigan man, Jerry completed his internship and surgical residency at Michigan in 1963, and was honored with the Intern-Resident Outstanding Achievement Award. In 1958, Jerry married Claire Lenz, also a Michigan graduate. They and their four children enjoyed summers at the Racquet Club and Barton Boat Club in Ann Arbor and up north at their cottage at Presque Isle boating and fishing on Lake Huron. An avid sailor, Jerry competed in the Mackinac yacht races, with the Esprit sporting a maize-and-blue spinnaker. For over 50 years, Jerry and Claire cheered the Wolverines at home football games. Jeremiah G. Turcotte, M.D., enjoyed a distinguished career at the University of Michigan. He was the 12th Chairman of the Department of Surgery, 1974-1987, and the second Frederick A. Coller Professor of Surgery, 1978-1989. He was a pioneering transplant surgeon. Dr. Turcotte was a founder and Director of the Surgical Transplant Program, 1964-1984, and Director of the Organ Transplantation Center, 1984-1996. In 1964, as a 31-year-old first-year faculty member, Dr. Turcotte performed the first organ transplant at Michigan, a kidney, the first in the state of Michigan. In 1985, he performed the first liver transplant at Michigan as well. Throughout his career, Dr. Turcotte practiced general and transplant surgery; he was devoted to Michigan, academic medicine and his patients. His major investigative interests focused on transplantation of the kidney, pancreas and liver, prognostic indices for liver disease, portal hypertension, and bioethics. As Chairman, he dramatically modernized and expanded the Department of Surgery so that excellent faculty could be hired and clinical and laboratory research advanced. He also played an important role to replace the original University Hospital. An internationally recognized general and transplant surgeon, Dr. Turcotte was a Director of the American Board of Surgery, a Governor of the American College of Surgeons, and President of the Central Surgical Association, the Coller Surgical Society, the American Society of Transplant Surgeons, and the United Network for Organ Sharing. Throughout his career, Dr. Turcotte was revered as a visionary leader. In 1970, he received Michigan’s Henry Russel Award for Distinguished Achievement in Scholarly Research, and in 2004, the Medical Center Alumni Society Distinguished Service Award. In 2002, the Department of Surgery named its library the Jeremiah G. Turcotte, M.D. Surgical Library. In 2005, the American Society of Transplant Surgeons honored him with the Pioneer Award. Jeremiah George Turcotte, M.D., was the beloved husband of Claire Mary Lenz Turcotte; father of Elizabeth Margaret (David N. Parsigian), the late John Jeremiah Turcotte (1961-1988), Sarah Lenz (Richard J. Manser) and Claire Meldrum (James E. May); grandfather of Jeremiah James May and Joseph Casper Manser; and brother of Vincent J. Turcotte, Jr., M.D. (the late Nancy H.) A funeral mass will be held on Saturday March 14, 2020, at 11:00 a.m. at St. Mary Student Parish with a reception to follow at the Michigan League at 12:30 p.m. In lieu of flowers, donations may be made to the Turcotte Professorship in Transplantation Surgery c/o Chairman, Department of Surgery, 2101 Taubman Center/SPC5346, 1500 E. Medical Center Drive, Ann Arbor, MI 48109.
See more See Less