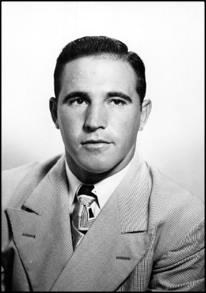 Thomas Marvin Calvin (93) June 13, 1926 – January 22, 2020 Thomas Marvin Calvin is walking tall with the angels above. Coach Calvin passed away peacefully in the arms of his true love of 70 years, Lenette Calvin, on January 22, 2020. Tom Calvin was a giant among men – one of the finest to ever walk this planet. He was a football legend; he was a brother; he was a son; he was a cousin; he was an uncle; he was veteran; he was a coach; he was a teacher; he was a mentor, and he was a loving husband. A celebration of Tom Calvin’s life will be held Saturday, January 25, 2020 at the Alabama Veteran’s Museum in Athens, Alabama. Visitation will be from 12:00 pm to 2:00 pm, and a memorial service will be at 2:00 pm. He will be buried at Roselawn Cemetery in Athens as well – his hometown. Tom Calvin was born June 13, 1926 in Athens, Alabama to Clara Pearl Adkins, and Theo Wesley Calvin. He was drafted into the United States Army when he was 18, and served our country for two years. He then graduated from Athens High School, and went on to play football at the University of Alabama from 1949 to 1951. He married Lenette Ellis Calvin on December 17, 1949, and their wedding picture is the only one ever to be printed in the sports section of the Birmingham News. He started his coaching career at Baldwin County High School, but then was drafted by the Steelers. He played for the Pittsburgh Steelers from 1952 to 1955, and then went on to Sylacauga High School to coach for 22 years. He and Lenette moved to Decatur in 1978, and he coached at Austin High School for 11 years. Tom lived what he believed, and that was if God is not the center of all things, then it will never be successful. In lieu of flowers, the family has requested donations made in Tom Calvin’s memory to either the: Hospice of the Valley 240 Johnston Street SE Decatur, Alabama 35601 or Billy Graham Evangelistic Association 1 Billy Graham Parkway Charlotte, North Carolina 28201-0001
See more See Less

In Memory of Thomas Marvin CALVIN