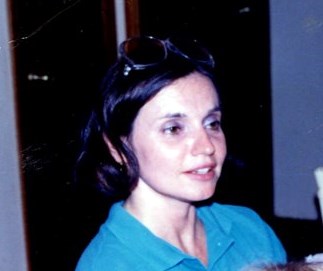 Barbara White Webb, age 66, of Roswell, Georgia passed away Sunday, December 17, 2017. She was born in New Orleans, Louisiana on September 29, 1951. Barbara graduated from Chamblee High School in 1969. She was married to Richard C. Webb (deceased) on December 29, 1973. Barbara worked as an Administrative Assistant for many years while also raising her family and helping in the caregiving efforts for her Father, Leonard White and Sister, Darlene White (both deceased). Later in life, she became a full-time caregiver to her Grandchild, Shayla Harris, and her Mother. She was very devoted to her family, children and grandchildren, and loved them dearly. Barbara had a very special Gift of helping her loved ones always. She is survived by her Children, Michelle Davis, Sierra Harris Clark, and Christopher Scott Webb. Her Grandchildren, Shayla Harris, Bayley Davis, Kaden Harris, Riley Davis, Makenna Harris, Cooper Davis, and Devo Clark. Her Mother, Julia M. White. Her Sister(s) Audrey A. White and Irma W. Forrest (Mark) and Brother, David White. Visitation will be Tuesday, Dec. 26, 2017 at H.M. Patterson from 5 P.M. to 7 P.M. Funeral arrangements will be held at 2 P.M., Wed. December 27, 2017 at Our Lady of Assumption Catholic Church with burial immediately following at Arlington Cemetery in Sandy Springs. In Lieu of flowers, Barbara requested that we donate to help fight Suicide Awareness.

In Memory of Barbara White Webb