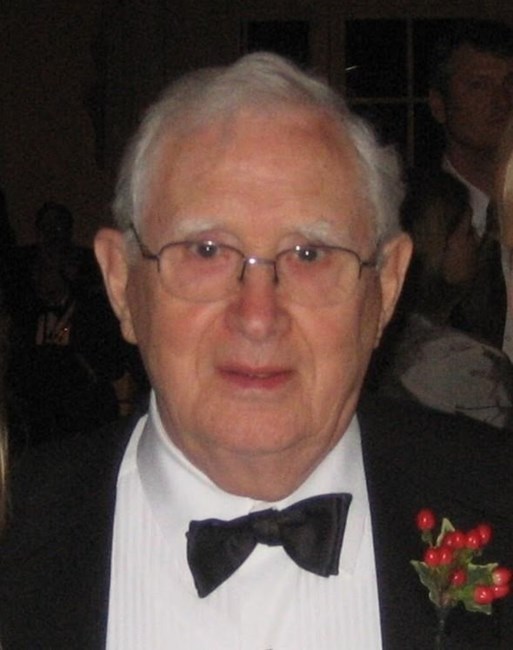 Walter Hays “Buddy” Pickens of Atlanta died Wednesday, August 9, 2017, at the age of 94, after a brief illness. He was born on November 19, 1922, in Fitzgerald, Georgia to Frank Leslie Pickens and Ethyl Walter Johnson Pickens. He attended Boys Tech in Atlanta, served in the Navy during World War II, and, in 1947, married Mary Anne Cook, who was literally “the girl next door.” They enjoyed 68 years of marriage until her death in 2015.

He began working as a jeweler in 1940. In 1973, he purchased Albert Wyatt Jewelers which had been established in Atlanta in 1946. Walter expanded the business to include retail and relocated to Buckhead, changing the name to Pickens Jewelers. He continued to be involved in the family business well into his 80’s. He was a lifetime member and served on the board of directors of the 24 Karat Club of the Southeastern United States, was a member of the Manufacturing and Silversmiths of America, received the Alabama Jewelers Association Associate Member of the Year Award, and the Georgia Jewelers Association Lifetime Achievement Award.

A lifelong Methodist, he most recently was a member of Decatur First United Methodist Church. Walter’s expertise as a master jeweler, and his enjoyment of working with his hands, carried over to his personal interests and activities of gardening, working jigsaw puzzles, and building antique guns. He was affectionately referred to as the “Mr. Fix-It” of the family.

The family would like to express their sincere gratitude to the medical staff at Piedmont Hospital for their expert and loving care of Walter during his final days. The family also extends appreciation to the kind staff at Lenbrook Retirement Community where Mary and Walter had resided since 2013, after moving from their home in Stone Mountain.

Visitation will be held on Friday, August 11, from 5:00 to 8:00 p.m., with a memorial service on Saturday, August 12, at 1:00 p.m., both at Patterson & Son, Oglethorpe Hill, in Brookhaven. Reverend Doctor John Brown of Toccoa, Georgia will officiate at the memorial service.

In Memory of Walter Hays Pickens