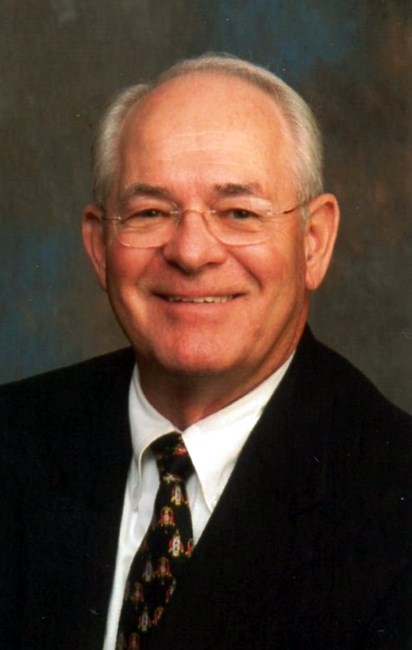 Donald William Parks born July 14, 1939 in Ponca City, Oklahoma, passed away peacefully at home surrounded by family on March 30, 2022 in Austin, Texas. “Don,” the son of Marian Kozak Parks and William Tenney Parks, was four years old when they moved to Benton Harbor, Michigan where the Parks family had lived for generations. In high school Don excelled academically and in many sports, especially golf, and caught the eye of geometry classmate, MaryAnn Palmert. He escorted MaryAnn to both Junior and Senior Prom. After graduation in 1957, Don attended Miami University of Ohio where he played on the golf team. He enjoyed telling of the time he competed in a golf tournament with Jack Nicklaus, marking the beginning of his love of golf and storytelling. In 1959 he joined the Army and was based in Bremerhaven, Germany during the Berlin Crisis. Another story Don liked to tell represents his early skills as a salesman and negotiator. He and a friend loaned money to their fellow officers in return for the use of their weekend passes. They then took trips throughout Europe on the weekends. Don loved to reminisce of how he spent his 21st birthday in Paris on Bastille Day and the craziness of Paris celebrating with him. After he was honorably discharged from the army in 1962, he came back to Benton Harbor and reunited with MaryAnn, his high school sweetheart and love of his life. They were married in June of 1963.

Don began his career in the corrugated paper industry the following year, starting at ground level and working his way up, the family moved three times in nine years to Medina, OH, Springfield, MO, finally landing in Waco, TX in 1982. Later, when people asked Don how he ended up in Waco from Michigan, he would downplay his years of working his way through the ranks saying, “I strapped a snow shovel to the car and drove south until someone said, “What’s that?” In 1984 Don and four partners started building their own corrugated plant, Central Texas Corrugated (CTC) which went into production in August of 1985, with immediate success. Don, the main salesperson, traveled around Texas every week Tuesday through Thursday. He was the guy they sent when customers had a complaint. He was the mediator. He was also a leader in the corrugated industry serving as a National Director for the Association of Independent Corrugated Converters. Don retired in 2006 when CTC was sold to Boise Cascade. Don pursued favorite hobbies in retirement: traveling with MaryAnn to destinations around the globe, enjoying his classic cars, and of course, golf. Golf buddies often said, “Don could hit the ball a country mile.” When friends and family speak about Don, repeated themes emerge both personally and professionally: appreciative, fair, and positive. The ultimate salesman, his quick-witted personality was often compared to talk-show host Johnny Carson. Don generously gave back to his church and local communities. As a founding member of St. Jerome Catholic Church he was a Eucharistic Minister, served on different church committees and on the School Board of Reicher Catholic School. By recommendation of his Parish priest Don was selected to be a member of the Equestrian Order of the Holy Sepulchre of Jerusalem. He became immersed in the Waco community serving on numerous boards, and volunteer committees: Providence Foundation Board, President of Waco Symphony Association establishing an endowment fund for Waco Youth Orchestra Scholarships, Waco Performing Arts Board, and the Red Cross Board. In 2009 Don and MaryAnn were awarded Philanthropist of the Year in Waco. The presenter explained, “Don and MaryAnn have given so much of their time and resources to so many organizations in Waco, it’s hard to imagine the collective impact of their generosity on the community.” In addition to MaryAnn, his devoted wife and best friend of 59 years, Don is survived by and was most proud of his successful daughters Beth Kilgo (Billy) and Melissa Takamatsu (Steve) and his four grandchildren: Parker and Kelsey Kilgo and Hana and Dori Takamatsu. He is further survived by his sister Jane Peden, and two brothers, Robert Parks and Dick Parks, numerous in-laws, nieces, and nephews.

In lieu of flowers, memorial gifts may be donated in Don’s honor to Waco Symphony Association, 600 Austin Ave., Waco, TX 76701, St. Jerome Catholic Church, 9820 Chapel Rd., Waco, TX 76712, or the charity of your choice. On May 20 at 11a.m., an Inurnment Service will be held at St. John Neumann Memorial Prayer Garden and Columbarium in Austin, TX. A gathering will follow in Morris Hall to celebrate Don.

In Memory of Donald William Parks