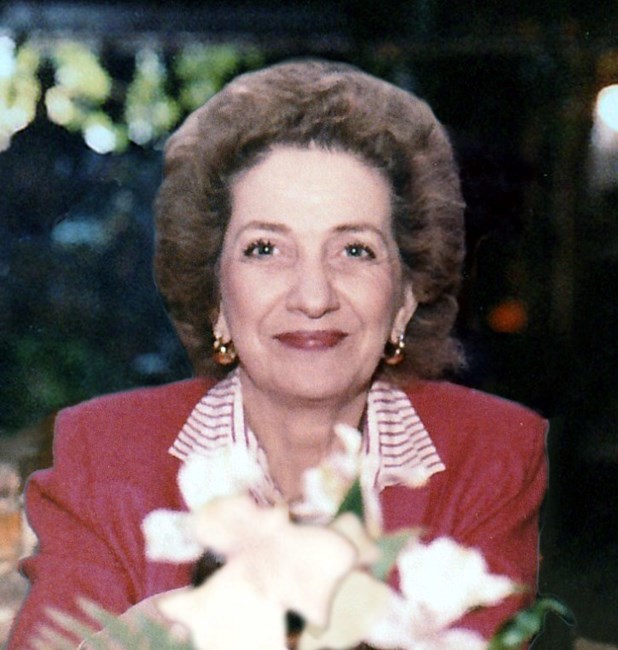 Mary Ann Joseph, whose smile greeted customers at El Patio Restaurant for decades, passed away Saturday at Hospice Austin’s Christopher House. She was 92. Her parents immigrated from Lebanon to Weslaco where Mary Ann was born. They settled in Corpus Christi where she attended school at Incarnate Word Academy. After graduating from high school, she worked at Lichtenstein's, an upscale department store where her love of fashion blossomed. This became more evident when she took her daughters on shopping sprees. Customers would always be tickled when she pulled out her Chanel lipstick before leaving to go home after a long day at El Patio. Always the traveler, she enjoyed taking trips (especially by car). Because of her upbringing and early influences Mary Ann spoke three languages. She attended her first Lebanese convention when she was 16 where she met Paul Joseph. He told her he was going to marry her when she grew up. On Feb. 15, 1953, his prediction came true. Paul and Mary Ann went on to have six beautiful children. They operated El Patio together for 51 years until Paul's passing in 1995. Mary Ann continued to run the restaurant with her children until 2019. She loved working at El Patio; her customers were like family. Survivors include her children and their spouses; Michelle Joseph; Paul and Rebecca Joseph; Michael and Myriam Joseph; Roseann and Dennis Ciani; Renee and Mark Downer; and David and Brenda Joseph; her nephew Richard Fogaley and his husband, Andy Faucett; her sister, Juliet Russell; 12 grandchildren; four great-grandchildren and her first great-granddaughter on the way. Mary Ann was preceded in death by her husband, Paul Sr., her parents, Teroz and Joe Allen; her brother Michael Allen; and two sisters, Adele Fogaley and Phyllis Allen. The family wants to thank the staff at Westminster and Hospice Austin’s Christopher House. They also send a special “thank you” to Mary Ann’s caregivers Frances Pedraza and Gloria Ojeda. Pallbearers will be grandsons Christopher Ciani, Ryan Downer, David Joseph Jr., Grant Joseph, Brandon Downer, and Nick Joseph. Honorary pallbearer will be Will Joseph. In lieu of flowers, the family requests that donations be made to Dell Children's Hospital Foundation, Paul Joseph Sr. Endowment, 4900 Mueller Blvd., Austin, Texas 78723. Visitation will be 3-4 p.m. followed by a rosary from 4-5 Sunday, October 9, at Weed Corley Fish Funeral Home, 5416 Parkcrest Drive. Funeral mass will be held Monday, 11:00 a.m. at St Louis Catholic Church, 7601 Burnet Road. The burial will be private. Fond memories and expressions of sympathy may be shared at www.wcfishnorth.com for the Joseph family.
See more See Less

In Memory of Mary Ann Joseph