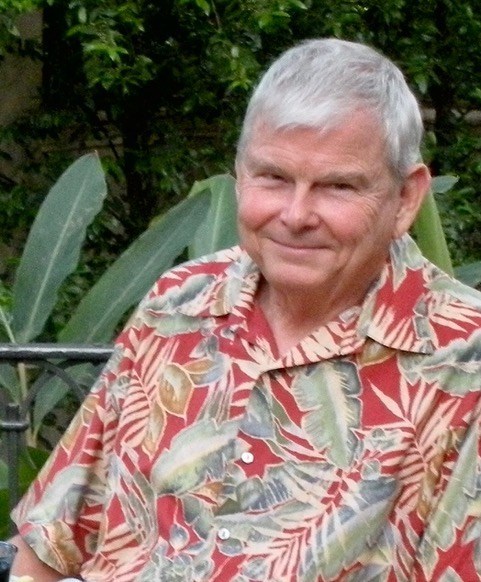 Monnie F. Anderson August 23, 1944-September 28, 2022 Monnie F. Anderson, 78, passed away peacefully at home in Austin, Texas on Wednesday, September 28, 2022. Family and close friends were with him the days and hours before he passed. Born in Tucson, AZ, he was preceded in death by his parents, Lt. Col. Maurice F. Anderson, Sr. (USA Ret.) and Georgie Isabelle Recordon Anderson. Monnie was a scholar and began to flourish during his high school days at Douglas MacArthur High School, San Antonio, Texas. He won awards for academic achievement and in his senior year was co-chair of Tri-Iota, the elite academic group comprised of the top 2% of his graduating class. Monnie received an academic scholarship to Tulane University, New Orleans, LA and had the opportunity to spend his junior year abroad studying at The Göethe Language Institute in West Berlin and The London School of Economics and Political Science. He graduated cum laude from Tulane with a BA in Political Science and Economics and was keyed into The Phi Beta Kappa Society. During the Vietnam War, Monnie served as a captain in the US Air Force in the field of communications, stationed at a remote SAC base near Izmir, Turkey. After military service, he earned his MS in Electrical Engineering at the University of Texas, Austin. Monnie began his engineering career at Applied Research Lab. He joined National Instruments in its infancy, where he worked until 1995. Upon retirement, Monnie devoted time to his passions - he continued to pursue his interest in classical piano, volunteer work, travel, culinary school, and the study of the French language. Monnie was a brilliant thinker, voracious reader, and accomplished writer. Most of all, he was an exceptionally generous individual. Monnie was quietly benevolent to community, family, and friends. He will be missed by many, especially by those who knew him well. A dedicated and loving husband, he and Sarah married in 1975 and shared 47 wonderful years together. He is survived by his wife, Sarah Pearson Anderson, and his three brothers: Clark L. Anderson, MD (Carole), Karl A. Anderson (Glenda), twin Maurice F. Anderson, Jr. (Sheila), and many loving nieces and nephews. Meals on Wheels and Pease Park Conservancy were especially important to Monnie.
See more See Less

In Memory of Monnie Anderson