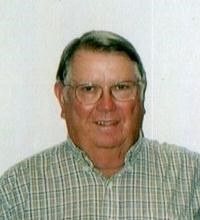 Paul Donald Shively, age 83, of Bassett, passed away Tuesday, April 11, 2017, at his residence with his loving family surrounding him. He was born October 18, 1933 in Franklin Co., VA., to the late George Cabel and Donnie Bowling Shively. Paul was a day crew supervisor of DuPont. He was Baptist by Faith. He was an avid outdoorsman, loving to hunt, fish and golf. He was preceded in death by his wife, Edith Lou Fulcher Shively; one son, Roger Cabel Shivley; one sister, Gloria S. Compton; one brother, Jacob Rodney Shively. Surviving is one son, Joel Albert Shively of Bassett; one brother, Denver Carlton Shively and a number of nieces and nephews. Family will receive friends Friday 6 pm to 8 pm at Collins-McKee-Stone Funeral Home, 30 Riverside Drive, Bassett. Funeral Services will be Saturday 11 am at the funeral home. Burial to follow in Henry Memorial Park. Memorials may be made to the Donna Sink Pediatric Fund, 3101 Sontag Rd., Rocky Mount, VA., 24151. Arrangements under the direction of Collins-McKee-Stone Funeral Services, Bassett, VA.

In Memory of Paul Donald Shively