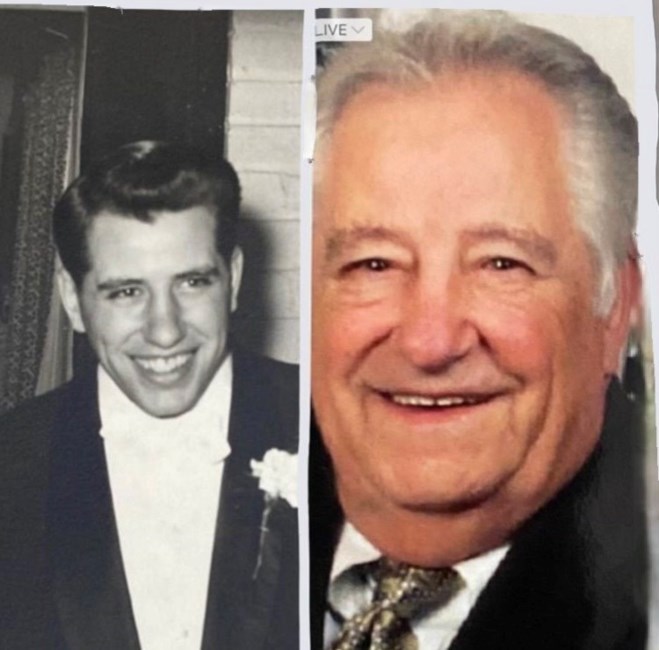 Joseph Hubert McNamara, born October 19, 1930, in Fulton, New York, to the late Norman and Eleanor McNamara passed away peacefully on September 30, 2022 at the Louisiana War Veterans Home. Joe was a veteran of the Korean war and Catholic by faith. He was an alumni of Ithaca college in Ithaca, New York. Joe moved to Baton Rouge, Louisiana, where he and his wife raised their 8 children. He worked most of his life for Allied chemicals / Olin Corp as an accountant. He enjoyed playing golf and tennis and watching sports of any type on TV, especially LSU, Notre Dame and Syracuse. He always looked forward to spending time with his children and mostly his grandchildren. He is preceded in death by his parents; his wife of 67 years, Sandra; oldest son, Michael; and brothers, John and Jim. He is survived by sisters, Patricia and Norma, and brothers, Mike and Tom. Sandra C. McNamara, 85, of Shadyside, Ohio, died Saturday, July 23, 2022, at the WVU Medicine Wheeling Hospital in Wheeling, West Virginia. She was born October 10, 1936, in Fulton, New York, a daughter of the late Joseph and Rebecca (Story) Guiffrida. She was a member of the St. John Church in Bellaire and a Catholic by faith. Sandra was a devoted wife, mother, grandmother, and great-grandmother. Her main passions in life were taking care of her family, sewing, cooking and all LSU sports. They are survived by their children, Joseph (Karen) McNamara, Susan (Joe) McElfresh, Jamie McElfresh, John McNamara, Nancy (Larry) McNamara, James (Kaitlin) McNamara, Dan (Deprina) McNamara; grandchildren, Carol Stottlemyer, Shawn Stottlemyer, Jenilee McNamara, Jillian McNamara, Sean (Ashley) McElfresh, Kevin McElfresh, Juliette McNamara, Kyle McElfresh, Daniel McNamara, Danielle McNamara; great-grandchildren, Ava Stottlemyer and Evelyn Stottlemyer. Michael McNamara, born November 3, 1955, to Joseph and Sandra McNamara passed away September 22, 2022. He is survived by his siblings and numerous nieces and nephews. Services for all three will be held Friday, October 7th, St. Alphonsus Catholic Church, 14040 Greenwell Springs Rd, Greenwell Springs, LA 70739 Visitation 9:30-11 Mass at 11 am.
See more See Less

In Memory of Joseph Hubert McNamara