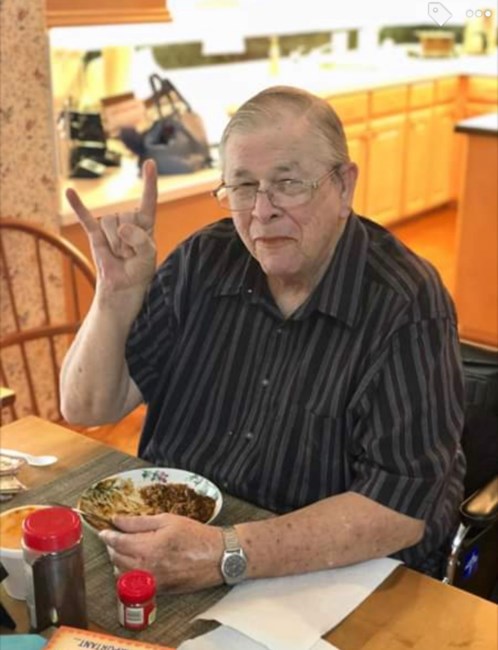 David Nathan Gray, age 81, died on August 25, 2020, as a result of old age. David was born in Beaumont, Texas, on February 6, 1939, the first son of William Nathan Gray, Jr. and Gladys Snodgrass Gray. He spent his formative years hunting, fishing, camping, and being involved in Boy Scouts. David, like his father, became an Eagle Scout. After graduating from Beaumont High School in 1957, David attended Lamar College of Technology (now Lamar University) under an accelerated program of advanced studies whereby successful completion of his first year in law school acted as his senior year at Lamar. While at Lamar, he was a member of Sigma Nu fraternity. David received his BBA, cum laude, from Lamar in 1961. He continued his studies at The University of Texas School of Law until 1963, when he graduated and passed the bar. While in law school, he was a member of the honorary scholastic law fraternity Phi Delta Phi. In 1962, David and Gretchen Mary Rodemacher married and remained so for 44 years until her death in 2006. Following law school, David was commissioned as an officer in the U.S. Army, where he served for three years with the Judge Advocate General Corp. Upon being released from the Army in 1967 with the rank of Captain, David started his law practice with the law firm of Minter & Mahon, which later made him a named partner. In 1984, David became partners with Roy W. Moore, practicing under the name of Gray & Moore. This continued until 1999, when David took an “of counsel” position, which he occupied until his retirement in 2007. During his years of practicing law, David was certified by the Texas State Bar as a specialist in family law, and he was a member, a founding or charter member, or chairman of virtually every family law organization in Texas, including being a Fellow in the nationally recognized American Academy of Matrimonial Lawyers. David served on numerous state and local bar committees, including a two-year term as the chairman of the Texas Supreme Court Joint Child Support and Visitation Committee, whose work, together with its predecessors, established the child support and visitation guidelines now enacted into the Texas Family Code. David was an invited speaker at over 50 statewide or local legal seminars, not including his monthly “Interesting Cases” speeches to the Family Law Section of the Houston Bar Association, which were instituted in November 1977, and continued monthly thereafter for 30 years. David’s “Interesting Cases” were distributed across Texas and were enjoyed by bench and bar due to his acerbic wit and thought-provoking analyses and comments. David was a sixth-generation Texan with his paternal family emigrating from Germany to San Antonio in 1836. He was a member of the Sons of the Republic of Texas. Gladys City Oil, Gas and Mfg. Co., which drilled Lucas Gusher at Spindletop, was named for David’s great aunt, Gladys Bingham Price. David’s vocation was law but he often wished his avocation was his vocation. He spent his spare time as a youth league and high school baseball umpire. David, like most umpires, started in Little League. At age 43, after calling his first game, which resulted in both coaches being ejected, David was bitten by the baseball officiating bug. David officiated more than 4,000 games during his umpiring career, including 10 Texas Little League State Championships, three Southern and Southwest Regional Championships and two World Series Championships (1994 in Fort Lauderdale for the 18 year olds and 2004 in Williamsport for the 12 year olds). Like his work for the state and local bar associations, David never requested or received any pay for the countless hours he spent on a Little League field. For years, David called the 13 and 14 year olds at Kyle Chapman Pony but he always donated his pay back to the league. David started calling high school games in 1990 and was selected by the coaches to officiate more than 100 play-off games, culminating in his being selected to call the Texas State High School Championship Series in 2004. David felt honored to have officiated virtually every major league baseball player who came from the Houston area during his 25 year umpiring career. David always had interesting and usually humorous baseball stories to share with others. One of his most memorable comments came from a coach against whom David had made a call, who said, “You may not be the best but you are the fairest.” David’s younger brother, Burton Lee Gray of Lumberton, Texas, died in 2013. David is survived by his two attorney children, Megan Elaine Gray of Washington, DC, and Daniel Nathan Gray of Houston; a daughter-in-law, Nicole Gray; six grandchildren, Quinn Colter Gray, Carys Jolie Gray, Liam, Caleb, Ian, and Madison; and his niece, Shana Gray Gutierrez. Due to COVID-19, no memorial service is scheduled. Please leave remembrances and messages of condolences for the family below. David requested that donations be made to the Saint Jude Children’s Research Hospital, www.stjude.org.
See more See Less

In Memory of David Gray