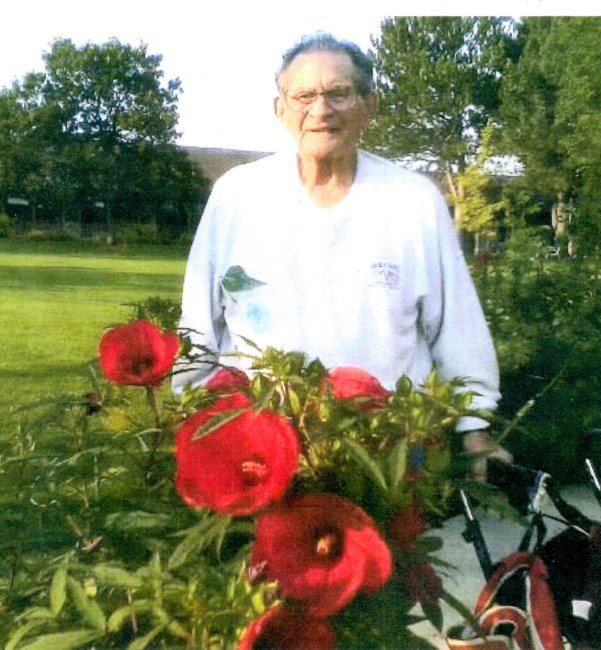 John Louis Panas, 90, of Scottsbluff, formerly of Bridgeport, passed away on Wednesday, June 17, 2020 at Regional West Medical Center. John was born January 1, 1930 at Bridgeport, Nebraska to Louis and Stella (Kapetana) Panas. He received his education in Bridgeport, graduating from Bridgeport High School. John entered the United States Army on January 16, 1952 and served until his honorable discharge on December 23, 1953. While in the service he received the National Defense Service Medal and the Occupation Medal Germany. John was united in marriage to Helen Papasaferiu on April 26, 1954 in Greece. The couple farmed in the Bridgeport area until retiring and moving into Bridgeport in 1986. John was a lifelong member of the Assumption Greek Orthodox Church. He loved working the land, gardening, his flower garden, fishing, painting/drawing, and spending time with his grandkids. After Helen’s death in July of 2014, John moved to the Western Nebraska Veterans Home in November of 2014 where he made his home until his death. John is survived by his sons Louis (Patricia), Spiro, and Tom; 5 grandchildren; 9 great-grandchildren; brothers Nick (Freea) Panas of Salt Lake City, UT and Jim (Fran) Panas of Denver, CO; sister Sophia Lawrence of Dublin, CA; sister-in-law Kathy Panas of Lowel, AR and Marion (Nick) Karahalias of Oakdale, NY; special goddaughters Stefani (Chikos) Murrell and Dora (Kochiras) Yost; and numerous nieces and nephews. John was preceded in death by his parents, his wife, brothers Andy and Ted, sisters Angelina Mehas and Gloria (Mac) Thomas.
See more See Less

In Memory of John Louis Panas