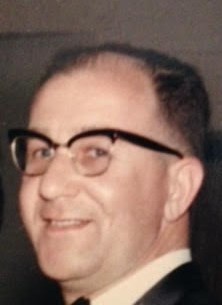 Murray Lefkowitz of Belmont, MA (formerly of Lenox and West Stockbridge), at age 98, on September 29, 2022. Devoted husband of Magda Tsipis and predeceased by his cherished first wife, Dina Lachman Lefkowitz. Loving father of Ronan Lefkowitz and his wife, Chan; Amira Aaron and her husband, Steven. Adored grandfather (“Gramps”) of Sophie (Kevin), Dian, Gabriel (Julia) and David (Chelsea), and great-grandfather to Jack, Dylan, Wesley, Wyatt, Isabella and Jaxon. Born in Mineola, NY, Murray took up the violin at an early age and was a talented and dedicated musician, teacher, university administrator, mentor and musicologist. At the time of his retirement, he served as Head of the Musicology Department at Boston University. Murray served for over 3 years in the Army during World War II, during which he toured the major concert halls of Europe as part of the GI Symphony. After the war, he and his family spent several years in Los Angeles. He earned a Ph.D. from the University of Southern California, specializing in seventeenth-century English music and was the author of several books and encyclopedia articles on the subject. He was especially proud of his collection of viols da gamba and led various consorts of viols. He also took great pride in the beautiful harpsichord which he built by hand. In his later years, Murray became an avid gardener; he loved and enjoyed his home in the Berkshires surrounded by his growing family. Family and friends are invited to a graveside service at Sharon Memorial Park, 40 Dedham Street, Sharon on Sunday, October 2, at 2:45 pm. In honor of Murray, in lieu of flowers, donations can be made to a charity of your choice.
See more See Less

In Memory of Murray Lefkowitz