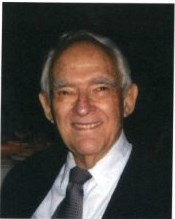 Robert S. Green: shoe industry pioneer who opened gates to China and championed Opera in Boston. Robert S. Green, who has died peacefully at his home in Brockton, age 88, was a visionary figure in the U.S. shoe industry who blazed a trail to new trade relations with China from the 1970s onwards. His interest in China began in the late 1960s when he’d already been traveling the world in the shoe business for two decades. He heard a lecture at Harvard by Jack Perry, chairman of the London Export Company, which had a long relationship with the Chinese. Mr. Green immediately understood the changes in the political landscape in China and the opportunities for trade. At this time, Americans were not allowed to do business with China, but Mr. Green was determined. On a trip to London, He sought out Jack Perry and set out his idea for a shoe import business. Mr. Perry liked it and introduced him to key members of the Chinese government. 1973 saw President Nixon’s first visit to China, which paved the way for early importers and investors, and Mr. Green was first in line in the shoe industry, making his first visit the same year. He started a new company, Green Market Services, which handled the first ever pair of Chinese shoes sold in the U.S. He kept an office in Shanghai and toured China studying the industry. In the early days, he used to jog around the Forbidden City, and telling himself, I’m waking up in China just as the Chinese are waking up to a new age.” Robert Stone Green was born on October 29, 1925, to Philip E. Green, a shoe manufacturer, and Sadye Stone Green. He grew up in Brockton, Massachusetts, with his late brother, James L. Green. He was an entrepreneur from a young age and he took his first paying job as a Fuller Brush salesman at age fourteen. In 1943, he entered Dartmouth College in New Hampshire and was accepted into the Navy Officer’s Training Program. After Graduation, he immediately went to work at Stone Tarlow, the family company in Brockton, Massachusetts, learning the business side of the shoe industry from his father, uncles and grandfather. Mr. Green met Phyllis Pestronk of Mount Vernon, New York, while they were both on vacation in New Hampshire. Phyllis had a degree in classical archeology from Bryn Mawr College and was a designer for Georg Jensen, the Danish silversmith. They married in 1948. Phyllis and their children, Peter, Martha and Diane survive him. In 1950, Robert’s father, Philip Green started the Strathmore Shoe Company. Soon afterwards, while on an Italian cruise ship, Philip Green spotted the lightweight, flexible leather Italian shoes worn by the waiters. Soon he, Robert and James were importing men’s shoes from Italy, the first deal of its kind since the Second World War. In the process, they helped transform the look of men’s shoes in America. Robert Green traveled the world, often with his wife, searching out new markets and styles. He adored Italy. He said “the Italians lead a good life. They have time for lunch and time to make money.” From his love of Italy grew his love of Opera. Music was one of his passions and Opera, with its drama, romance, melody and soaring voices, was his great love. He brought his enthusiasm back home and was a major force in a golden age of Opera in Boston. Through his involvement with the Opera Company of Boston, where he held the position of vice president and director, Mr. Green and his wife became close friends of the conductor, Sarah Caldwell. Ms. Caldwell was one of the foremost opera conductors and directors of her time; she was internationally minded, and interested in the musical history of China. Mr. Green arranged for The Chinese Ministry of Culture to invite Ms. Caldwell to direct several performances at the Central Opera Theatre in Beijing, and she was warmly welcomed in January of 1981. The Boston Globe headline read “Caldwell Charms China,”, and she directed sold-out performances of Verdi’s “La Traviata” in Chinese. When the shoe market moved to Spain, the Greens followed. Once again Mr. Green was working with artisans and companies in a new country with a language which was new to him. But his wife proudly recalls him working with the grandson of a major Spanish company without a shared language. As she put it: “he communicates with materials rather than words.” They loved Mallorca and built a magnificent villa there in the hills above Palma, looking down to the sea. But Jack Perry and China put an end to retirement ideas. Mr. Green was a man of great generosity and countless acts of kindness. He and Phyllis were also great civic benefactors. As part of their support for the Massachusetts General Hospital, their Fund for Education in Primary Care Medicine sponsored monthly seminars at the Mass General through the Stoeckle Center for Primary Care Innovation. The seminars are aimed at improving communication between primary care clinicians and patients. Mr. Green was also the president of Jewish Philanthropies in Brockton and involved with the United Jewish Appeal. Robert Green was a visionary and a man of great energy and creativity. Up until shortly before his death, he was at the offices of Green Market Services daily running the business. He is much missed by his many friends in Brockton, across the U.S. and around the world, by the team at Green Market Services, and most deeply of all by his family: Phyllis, the love of his life; children Peter and wife Deborah, Martha and husband Bob, and Diane and her son Isaac Green Diebboll, Robert and Phyllis’s much-loved grandson.
See more See Less

In Memory of Robert S. Green