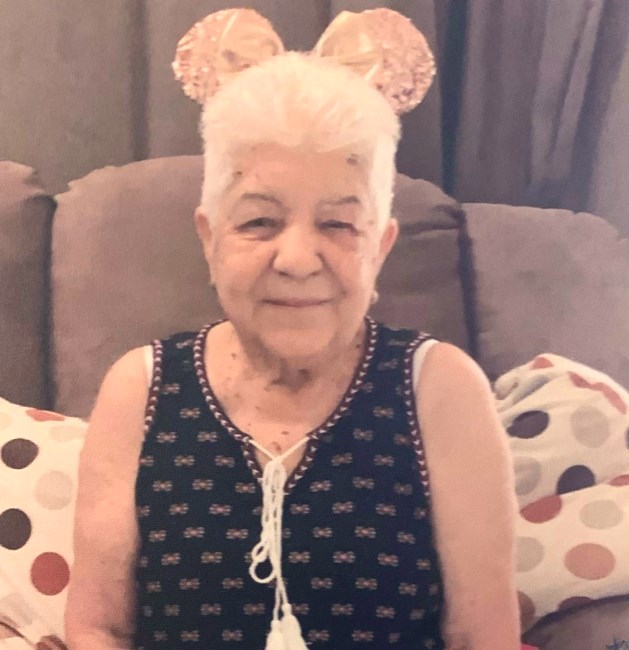 Beery Garcia-Alameda Born June 3rd, 1939 – September 20th, 2022 Beery Garcia-Alameda was a loving wife to German Alameda Sr., a nurturing mother to Carlos Colon, Reinaldo Colon, Miguel Colon, Gretchen Alvarez, and German Alameda Jr. Moreover, a loving grandmother and great grandmother to many. She steadfastly, help to raise Rafael T. Alvarez, Rosa Alvarez, Tyishia Colon, Betty Colon, Michael Colon, Christine Alameda, and Angel Burgos. She was also a beloved great grandmother to Evan Benoit, Davien Moran, and Angelo Moran. Beery was a caregiver; she opened not only her home but her warm heart to anyone in need. This included strangers, neighbors, friends, and family members without question. She gave shelter, clothes, and food as part of her caregiving, more-so to her last remaining breaths, taking care of her great-grandson Angelo who filled her heart with happiness and joy, despite suffering from multiple infirmities. She cared for others until the end of her life, one of the many ways she impacted the lives of those around her. She was the glue that kept the family together. Beery Garcia-Alameda was born to Tomas Garcia and Herminia Rivera on June 3rd, 1939, in Ponce, Puerto Rico. Her father was a government engineer who lived to 107 years, while her mother was a homemaker raising four children. During her early twenties, Beery endured a very difficulty first relationship with her husband Carlos Colon. Despite those challenges, Beery had the courage and fortitude to leave an abusive relationship and brought her four children from Ponce, Puerto Rico, to NYC at the age of 32. Her first years were not easy, but she endured. She became a seamstress to support her family and ultimately met the love of her life, German Alameda Sr., through her sister Luisa. After her father's death, she brought her ailing mother from Ponce to care for her. Beery continued her constant role as caretaker by co-parenting with her daughter Gretchen to raise Rafael T. Alvarez and Rosa Alvarez. She was a strong role model, demonstrating the benefits of hard work and discipline while espousing love and compassion. She and her daughter Gretchen were best friends and Beery took care of her until she took her last breath on November 1, 2007. Beery took the role of caretaker with all her daughter in laws, taking Margie in with her two children, no questions asked. She supported her daughter in law Ginger without reservation and Jureen during difficult times. For Beery, family always came first, and she would give her last dollar to her family and friends, hoping that it made a difference in their lives. Beery was a devout Catholic who believed in God the creator above anything else. She believed in miracles, redemption, forgiveness, and opportunities for growth, which is why she never turned her back on anyone, but instead was always willing to forgive. Beery is also fondly remembered for her love of live. She loved to laugh, joke, and at times she could be a little silly and sassy. Yet, she was a strong independent woman, with a keen perceptive sense of others. Her intuition was on the money and her instincts about people always proved correct. She loved walking, vacations and most importantly spending time with family. She loved the Casino and usually won. She enjoyed the company of her Home Attendant, Maria Wilson who was devoted to Beery. Beery Garcia-Alameda was a strong compassionate woman who always put others before herself. She was a caregiver to her last breath, loving her time caring for her great-grandson Angelo. Beery Garcia-Alameda leaves a legacy of service, love and care, and her impact will be everlasting. A visitation for Beery will be held Wednesday, September 28, 2022 from 2:00 PM to 5:00 PM and 7:00PM to 9:00 PM, at Joseph G. Duffy, 255 Ninth Street, Brooklyn, NY 11215. A Mass of Christian Burial will occur Thursday, September 29, 2022 at 11:00 AM at Co-Cathedral of St Joseph, 856 Pacific St, Brooklyn, NY 11238. A Committal Service will occur Thursday, September 29, 2022 at Cypress Hills Cemetery, 833 Jamaica Avenue, Brooklyn, NY 11208. Fond memories and expressions of sympathy may be shared at www.josephgduffy.com for the Alameda family.
See more See Less

In Memory of Beery Alameda